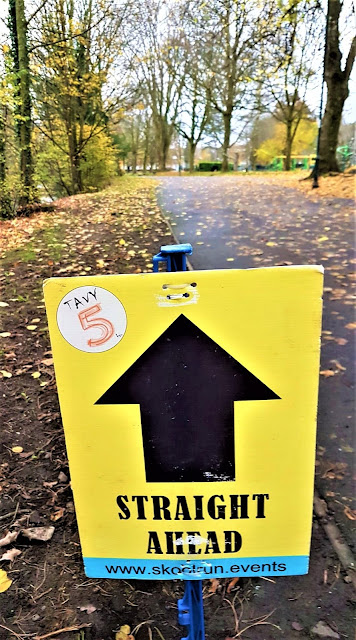 Instead of doing the usual Saturday morning parkruns, I thought I would try another 5k event. The Tavy 5kool run is a 5k race that happens every third Saturday of the month at Tavistock college. It starts and finishes on the running track. It also only costs £1 if you’re an affiliated runner. Otherwise £2.
I got the bus from Plymouth to Tavistock and walked to the college. I had forgotten that I had previously run on this track when I did the Tavy 13 race a couple of years ago with Mike Mattingly and Larry Chen. 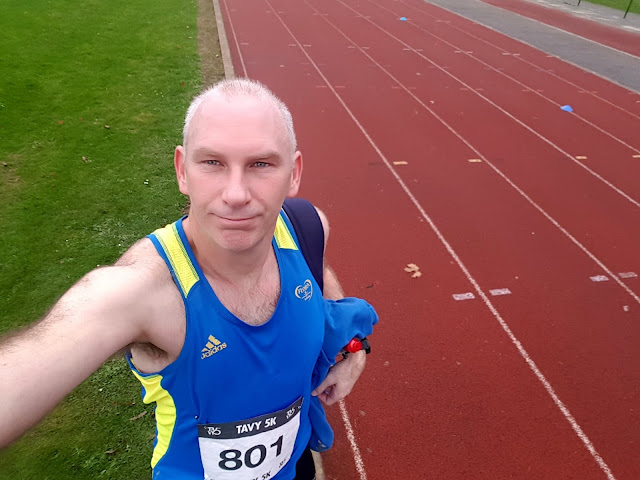 I registered and they welcomed me and gave me a race number to keep.
This is now my unique number. So if I come back, I’ll just bring my number and pay my £1.
It was nice to jog a mile and a half on the track as a warm up greeting people. I wasn’t feeling all that race ready for some reason though. Maybe that tough 3K race on the Wednesday took it out of me.

Anyway, we were told to make our way to the start just before 9.15. We were given a race briefing and were told that there were quite a few Launceston road runners doing their first ever 5k, so we gave then a big cheer and wished them luck.
I was at the front and ready to race. There were only 79 people so it was a nice small field but enough people to make it feel like a race. 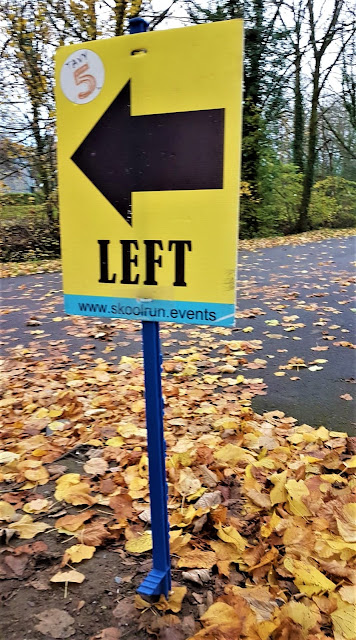 And we’re off! I was hemmed in on the inside lane straight away and couldn’t get past anyone. A big novice track mistake from me. But then I looked at my watch and noticed my pace of 5.55. I was going out too quick anyway. I managed to get on the outside halfway round and slowed my pace. We did a lap and then out of the gate where we ran around the perimeter of the college with a little climb where I was now catching up with these speedy kids that often go out at lightning pace but fade after a mile. We were running along Drake’s trail which is the national cycle route 23. One i've used to cycle from Tavistock to Plymouth on many occasion. 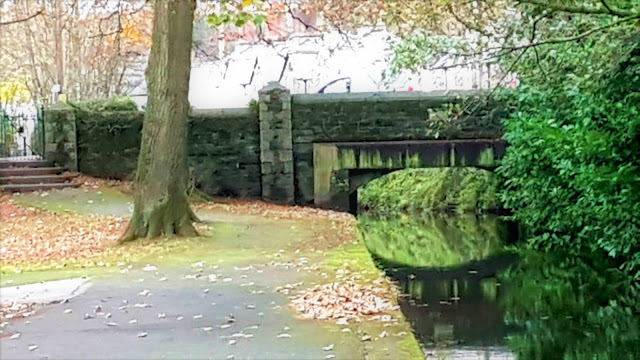 First mile in 6.22. Ok, this was disappointing. I was thinking about a season’s best. Maybe a 19.30 running at and average of 6.15’s? It sure wasn’t happening today. It was feeling very hard and my breathing was heavy. I just couldn’t settle down and get relaxed.
We ran through a subway and out into a park. Here we turned left and followed the canal. There were plenty of signs on the course with “K” markers and directions as well as very supportive and cheery marshals.
There was a sharp turn as we cut across the park and headed to the leisure centre and then back towards the subway with the River Tavy on our left. There were wet leaves about but they weren’t causing any issues as far as I could tell. 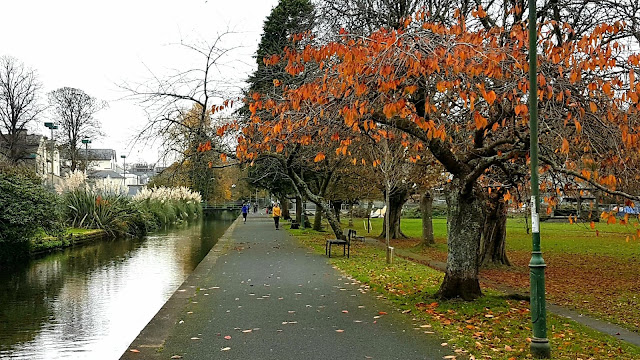 Mile two, a very disappointing 6.41. There was no chance of me getting a sub 20 time with this pace but I noticed on the turn around point that I was in 11th position.
Ok, if I couldn’t get a sub 20, I wanted a top ten finish at least. Not long after the turn around I passed two runners who had slowed. Just past the subway I had passed two more. That didn’t last long as one of them came back and blasted past me again. So I was 8th currently. I had to hold this for three quarters of a mile. I was suffering a lot and dared not look back. Just keep pushing. It was nice to have that bit of downhill that we ran up on the way out. We ran alongside the college fence and the track was on the other side. Now was the tough bit, as the race director said it would be.. I still had to run a whole lap of the track to finish. I ran around and I was nowhere near the guy ahead of me. He had a vicious kick near the end. Even though I wasn’t going to catch him, it inspired me to push harder. I wasn’t sure how close the person behind me was but I thought I should get my top ten finish at least. 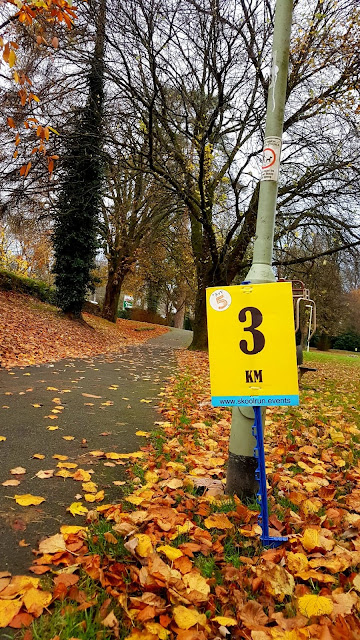 Last mile in 6.30. I’d crossed the line and sat on the grass panting. I spoke to some other runners afterwards and then collected my stuff and went to the wetherspoons for a veggie breakfast wondering about my time and position. It was a great race and a fast, flat course. Not a great time for me but I loved the racing element of it. My Garmin said I’d did it in bang on 20 mins and 8th place was just an estimate. 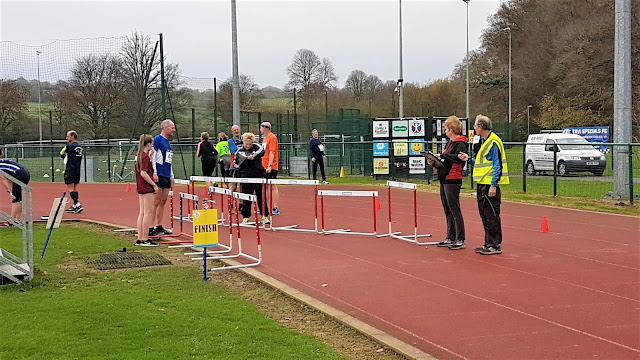 Eating my breakfast in the spoons. I noticed a lot of the other runners had the same idea. It was here that I got talking to the race director.
He said if I gave him 5 mins he’d get me my results from the race. Such a lovely guy and said I could even come training with the club if I wanted to try it out too.
Sure enough 5 mins later I walk around the other side of the pub and he tells me. 9th place with a time of 19.59. “You just snuck under” he said beaming “with my precision timing”. Well, I was happy enough with that. In a months time, I can go back and try and beat my 19.59. A wonderful event with lots of friendly people but nowhere near as busy as a parkrun. 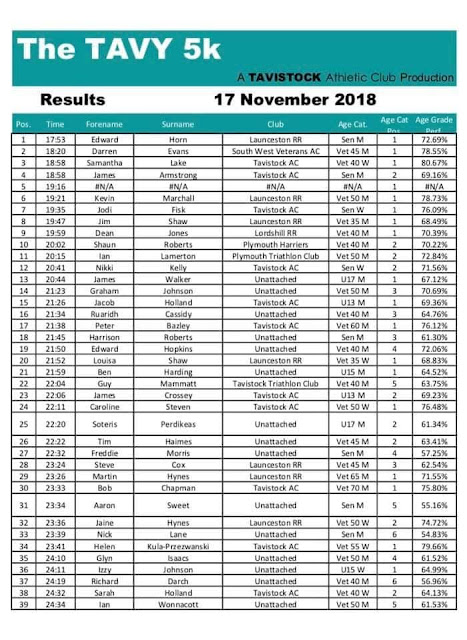