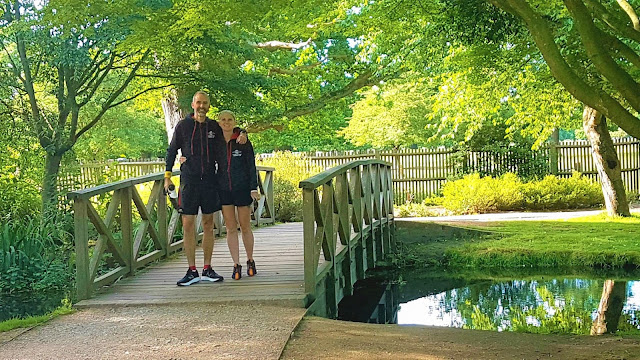 I got up at 6am. This seemed like a great idea when we were drunk. I had 30 minutes to shower and drink coffee. Helen was picking me up at 6.30am. I packed my bag and made sure that I didn’t forget my barcode. Although tired, I was really looking forward to today. I was however worried about my ribs which were still on the mend. Today would be a slow parkrun at Bushy for me. 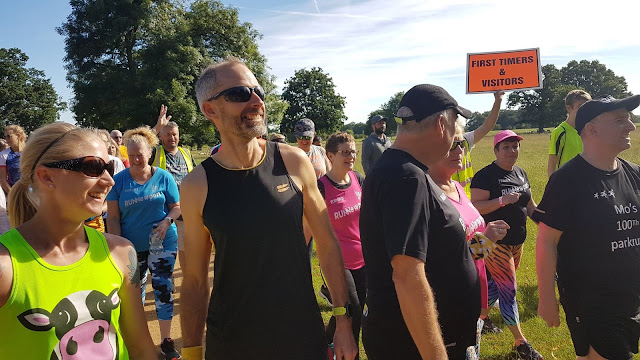 One drunken afternoon in a pub or was it night? Helen, Andy and myself agreed to go the home of parkrun for a couple of special occassions. It would be Andy’s 50th parkrun and my 50th different location. Helen had set up a facebook event and we got inviting but no-one was really that keen. A lot of people were away or had plans, plus the Giant’s head marathon and hill race was happening on the same Saturday morning. 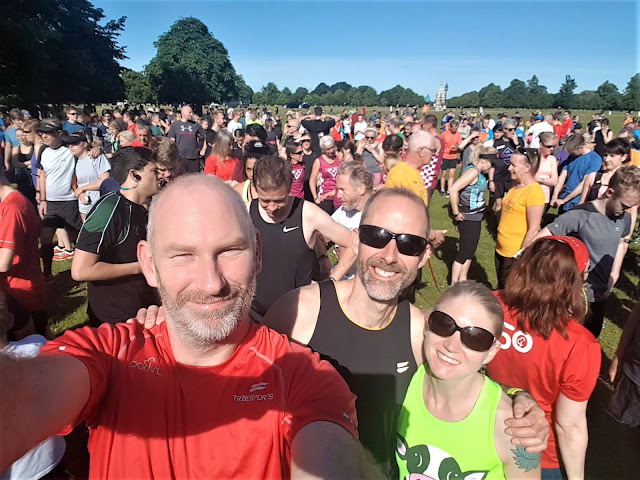 Helen was very organised as usual. I didn’t have to do anything for a change. Nothing for me to think about. She knew the route and where to park when we got there. We even had a stop off at Fleet services for more coffee.
We drove into Bushy park and past the Princess Diana memorial fountain and then to the carpark next to the cafe. We were there by 8am. Even though we gave Helen a hard time about getting us there so early, this was a great idea as we had plenty of parking spaces to choose from. It was free parking too. We also barely had a queue for the toilets.
We had a lovely walk through the park. There were more Parakeets than pidgeons here, a few friendly rabbits and some squirrels scrambling up trees and across paths. So much green space and wildlife. This has to be the biggest park that I’ve ever been to (not including nationaln parks). We crossed a bridge and went through a gate and headed back towards the memorial statue. We crossed the road and were soon at the start. We made use of the toilets and then ran back to the car to drop off hoodies. It was getting warm now and the sun was out. It was going to be a lovely day. 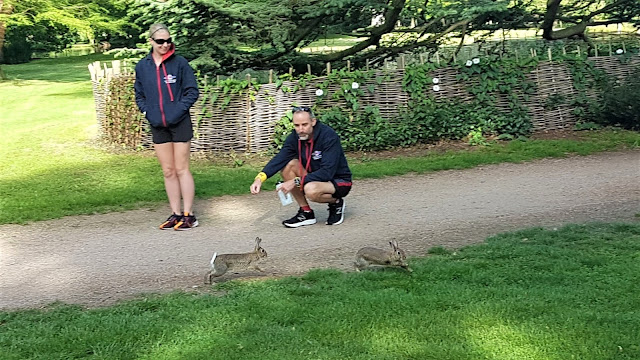 We had our ‘first timers briefing’ where we were told a bit about the history of parkrun here at Bushy and the first 13 runners who ran it. One of those runners was actually here and running today as well! We were right near the start on the parkrun and it has such a wide start line. There were just over 1400 runners here but it seemed so much less busier than Southampton parkrun because of all the space around us. We were all soon charging across the grass like warriors on a battlefield. Helen, Andy and I said that we were not racing today. It wasn’t long until Helen zoomed ahead though. I must admit I was getting a bit carried away with the crowd. 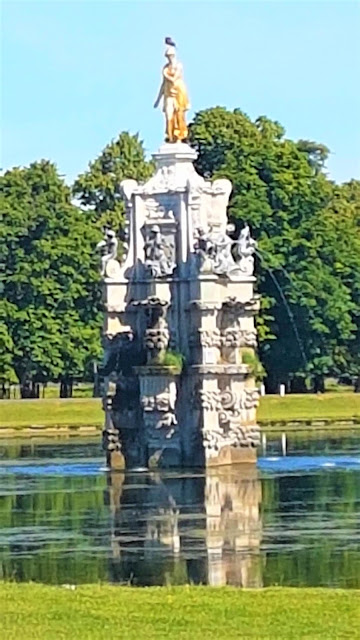 There was a gravel path to my right but I chose to stick to the grass with many other runners. It was like a little dual carriageway with the two alternative tracks. One gravel, the other grass. It was so nice just to be running again. It is a flat course and quite fast. Everything around us is green. Lots of grass and trees. We cross a couple of bridges and I go through my first mile in 7.19. I also go through my second mile in 7.19. I was pacing well but really feeling it now. I had been out for 5 weeks with the ribs. The sun was really beating down upon us now and I was sweating profusely. My eyes stinging. I managed to see some deer under the shade of some trees. They had the right idea! There was a long straight that seemed to be slightly downhill so I was enjoying this and then another bridge crossing next to a pond or lake. Depends on what size you think a lake or pond should be I guess. 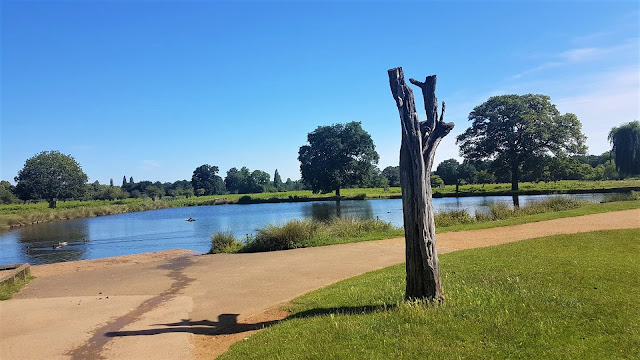 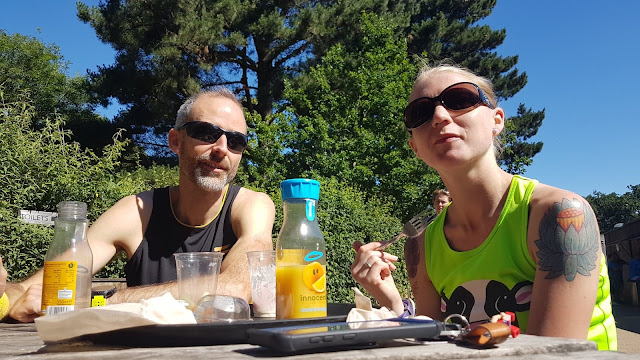 We headed back to the car and cafe where I got a bacon and egg roll while they had fruit and other healthy stuff. It was lovely to be running again and sat in the sun.
What a lovely day. Thank you so much Helen and Andy. 50 locations done and my 188th parkrun. Also thanks to Hamwic Harriers for wishing us good luck on a facebook post :) 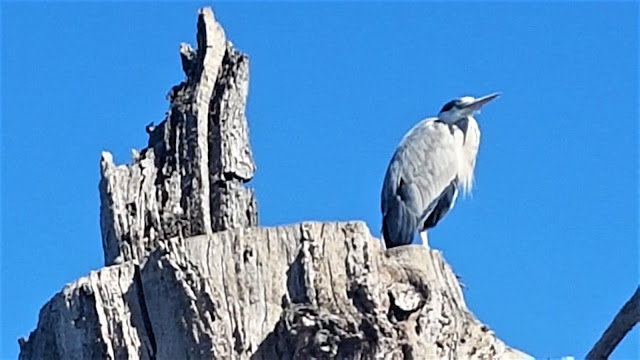 Here are my 50 locations: