As always, I like to set some goals as a runner. This is always done or thought about at the end of the year for me. I reflect on what I have achieved in the year and simply ask myself "What next?".
Well, this year I am hoping to get some PB's on the shorter distances as I only managed Two 10 mile PB's last year. I am long overdue a 5 mile and 10K PB. I even managed to beat my 5 mile PB in training last year and often beat my 10K PB time when running 10 milers or half marathons.       I am hoping to stay away from the marathon until at least the summer but i'm mostly focused on the first 3-4 months of the year as you never know when injury may strike. I don't want to waste lots of money on entries fees again! Best to be cautious I think.

So January will see me running quicker parkruns and doing the track sessions on Wednesdays with the club when possible. I have two races lined up for January. The Storm force 10, which is a 10 mile race in Camborne and is the same day as the Hampshire league race in Stubbington. I was originally going to do the 50 mile Thames trot race in Feb but decided against it due to lack of training and still feeling tired after running three marathons in three months.
I have also entered the Romsey 5 the week after my Camborne race as I have never done it before. So that's two races for January and I am hoping to do the first Bodmin parkrun the day before my 10 miler in Camborne. 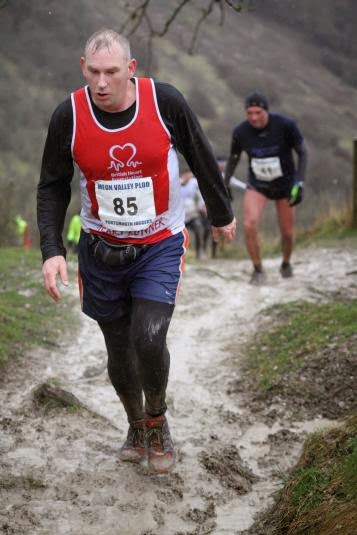 Nothing planned for February yet. All suggestions for races would be much appreciated. I have decided to skip the Salisbury 10 this year as I have come away with injuries two years in a row despite PB's both years. This means that I have entered the Eastleigh 10k and have never ran it yet. So I am looking forward to that one in March but before that I am doing the Llanelli waterside half marathon with my cousin in Wales. Also hoping to do the Llyn Llech Owain parkrun near crosshands the day before. I may even enter the John Austin half marathon the week after as it's one of the best half marathons I have ever done.

After running parkrun at Lakeside today I was wondering what the highest position I would be able to manage this year. I came 22nd today, although the weather was appalling and there were only something like 120 runners but so what! I know I will never win a parkrun but would love to come in the top 10 of one or even the top 20. I'll aim for the top 20 for now but must train hard and get back on that diet on Monday. I hope you all achieve your goals for the year. Happy running everyone :)