Sorry for stealing the above picture, not sure who owns the rights to it but thanks. This is the lake at Llyn Llech Owain parkrun that you run around. Easily the most scenic parkrun I have done so far. Llyn Llech Owain country park is situated in Gorlas.

I was in Carmarthen visiting family and running the Llanelli half marathon on the Sunday, so why not try and fit in a parkrun on the Saturday too? I had done my research and the directions from the website where really straight froward. About a 12 mile drive from Carmarthen down the A48, turn left at the crosshands roundabout and into Church rd and a up a big hill. Then we got lost.. We drove up and down the hill a few times but eventually saw another runner and followed him. It was just a simple right turn into a big spacious carpark.

I turned up with about three minutes to spare, although they weren't really spare as I still had to get my running shoes on. I made it to the last thirty seconds of the race briefing and then all the runners walked to the start. We chatted amongst ourselves and I was taking in the beautiful day and scenery. A nice trail walk to the start where we were given a few guidelines and a few jokes were made. Everyone was in good spirits and I felt very welcome indeed. There were only 58 runners which was a nice change from the crammed 500+ we have at Southampton parkrun every week now. Off we went.. 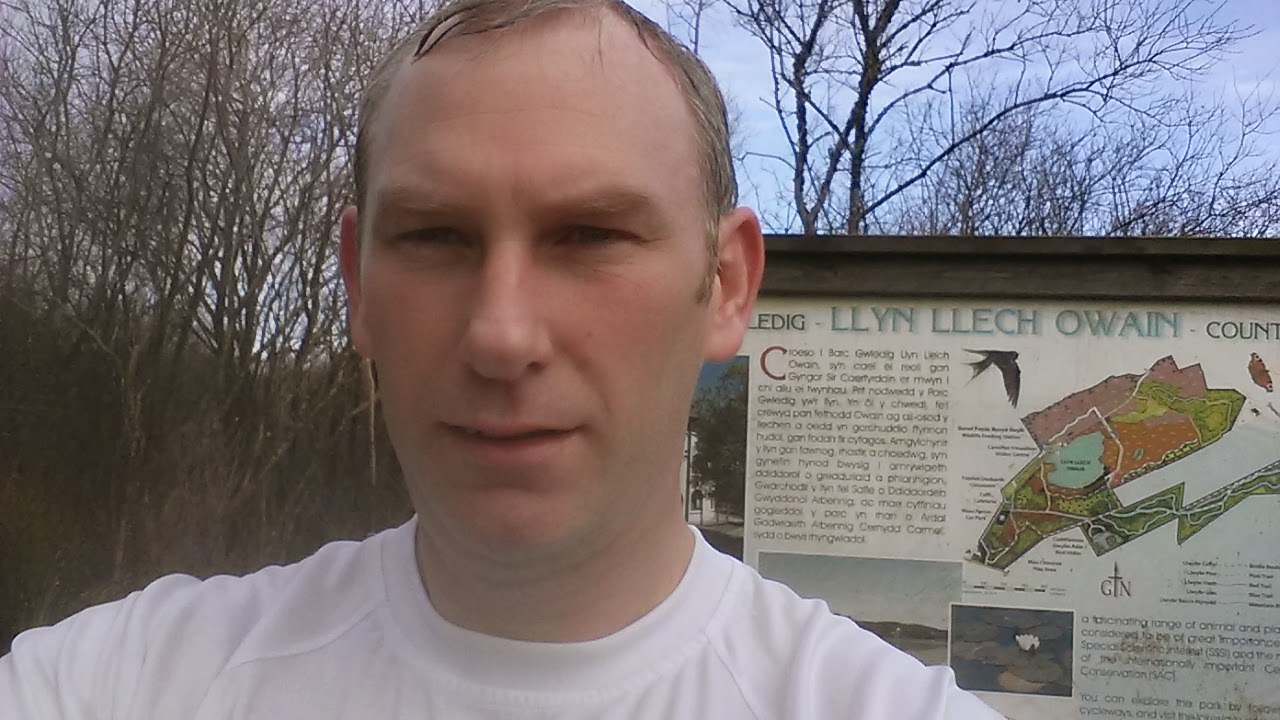 Me after the finish. There is a really nice cafe for refreshments and a big brekkie if you fancy it.

I wasn't going to go too fast as I had accidentally drunk seven pints of cider the night before and had to race Llanelli half as well. Not my best idea! The sun wasn't quite out but it was a lovely fresh morning and it wasn't raining for a change. The course takes you around the country park on a trail with some great undulations to make it more interesting and challenging. I would recommend trail shoes for this course as it can be uneven and bumpy in places but me and trail shoes don't get on. There are plenty of twists and turns and then you see the picturesque lake in all its glory. After that you turn into a slightly denser wooded area which is cool and shaded and then out you come into the light with the finish in sight and some supporters, but of course you've only done roughly 1.5 miles and have to go around again yet ;)

For such a small parkrun the support was fantastic. People were cheering me on and clapping and smiling. You can tell that they have a really good community there. I spoke to some people after the race. One of the marshals asked me about parkrun in Southampton as he has been there and obviously I was representing my Lordshill road runners t-shirt. Spoke to one guy from Bassett in Southampton as well who had moved to Swansea ten years ago, he was also doing Llanelli half. I then spoke to Liz and Jack Tremlett. Liz was run directing on this day and she was telling me how her and husband Jack had set up and organised this parkrun. Very inspirational stuff. They asked if I wanted to do a warm down run with them. Of course I did! We were all running Llanelli the next day as well. I thought Liz was joking when she asked if anyone wanted pacing at the start of parkrun but she previously got a 1hr 29 half marathon time at Llanelli. She's pretty speedy! And her husband Jack has a parkrun PB on this course of 17mins 25. Some warm down this was going to be..lol.
The four of us ran another loop. Me, Jack, Liz, the Swansea dude and a little cute dog. As usual I chatted too much. 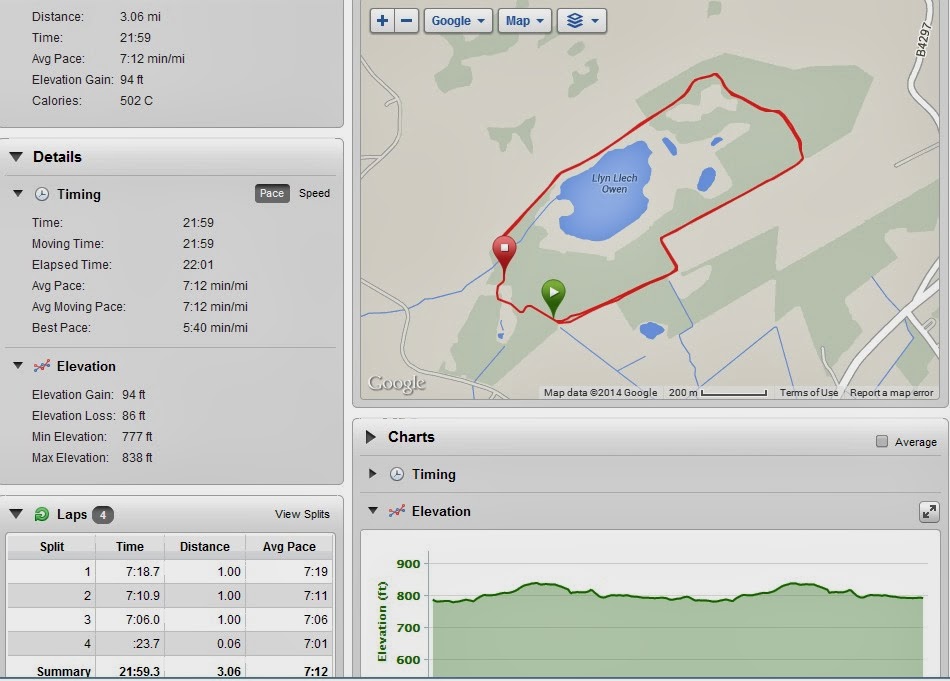 Look at that elevation! No wonder I was struggling for breath, it's 800 ft in the air ;) That's my excuse anyway :)

I can't wait to go back and do this parkrun in the summer. Definitely something to look forward to :)
Posted by d3@N j0n3s at 14:07