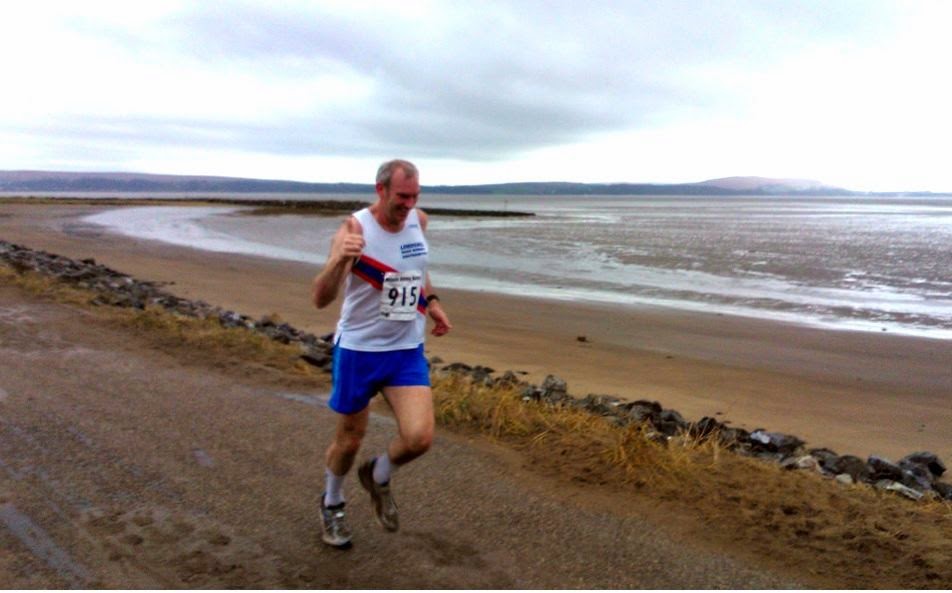 The above picture was sent to me from a marshal I met at Llyn Llech Owain parkrun the day before. He was also a great supporter at the Llanelli half as were many others.

Selina is the name of my cousin in Carmarthen, south west Wales. Every now and then she likes to talk me into races or is it the other way around? We like to blame one another anyway. I mean, who wants to get up in the dark at 5.40am in the cold and when you go to the car it's very windy and raining? Not us, that was for sure.
I have the most fun times with my cousin because we are both a bit scatty and disorganised. Of course we forgot breakfast. My cousin lives 10 miles from civilisation high in the valleys with my aunty Thelma. We were told to leave two hours early by the race organisers because of traffic congestion. I think Llanelli is about 20 miles away from us? I'm sure my cousin will be quick to point out all my discrepancies in this report cos that's what she does best... pick out my faults..lol.
We went to a McDonald's drive thru and this was our "Athletes breakfast". Remember when Usain Bolt woke up late, went to McDonalds for Chicken nuggets before a race and won it? Well, there's no resemblance here! I had two sausage and egg mcmuffins plus an OJ. My cuzzy was a bit more sensible and had a bagel with Jam and an OJ. 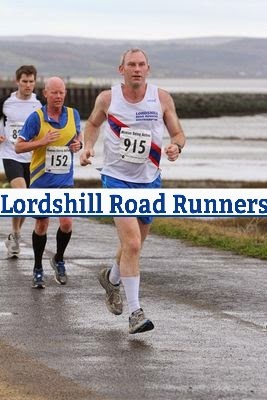 We got to the car park near the start about an hour and a half early. We were too early. Not much going on but it had stopped raining. We sat there for a while exchanging our miseries and phantom injuries. More people started to arrive and they were warming up with an hour to go and we just sat there people watching and chatting away. Eventually we got out and walked over to the start at the Scarlets Rugby stadium. An impressive big stadium with lots of history. I read through the captains of the rugby club over the years. There were no captains during World war 1 or World war 2, I guess they were busy. Anyways, feels like i'm waffling a bit now!

We queued for the toilets, put our bags in the bagging area and made our way to the start. Everyone stumbled out to the start at the last minute as it was cold and quite windy. I said goodbye and good luck to Selina and then we were off. I wanted a pb today but would have to run an average mile of 6.45. This didn't happen at all though. 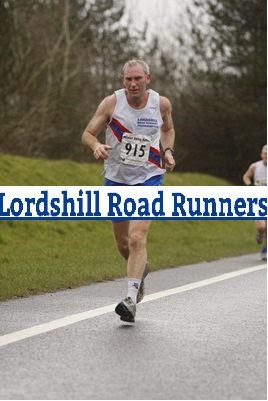 The course went past the stadium and onto a main road which was closed for us. We ran down a nice hill and ran around a roundabout. This was an out and back course so this hill would be going up at twelve miles. This is still labelled a flat course though as the gradients are gradual and pretty much even out with the ups and downs.
We came off the road and onto a trail path that went past a lake with a couple of swans in. This was the 5k point where I had blown up. I was tiring already and couldn't work out why. The booze from Friday night maybe, the parkrun the day before or the Mcdonalds? Probably all off those factors. Plenty of excuses anyway. I kept on pushing regardless. It got harder as we ran onto the coastline and along it. There were points where we were running on wet sand on top of the tarmac. This felt quite hard going. There was another climb coming to the halfway point and it was good to see the speedy runners coming back the other way. The support on this race was great. I got a lot of nice comments in my Lordshill Southampton vest. Although I might have been mistaken for a Port Talbot runner as our vests are very similar. Maybe they stole their design from New York road runners too ;) I even saw the speedy people from parkrun who gave a nod and said hello. 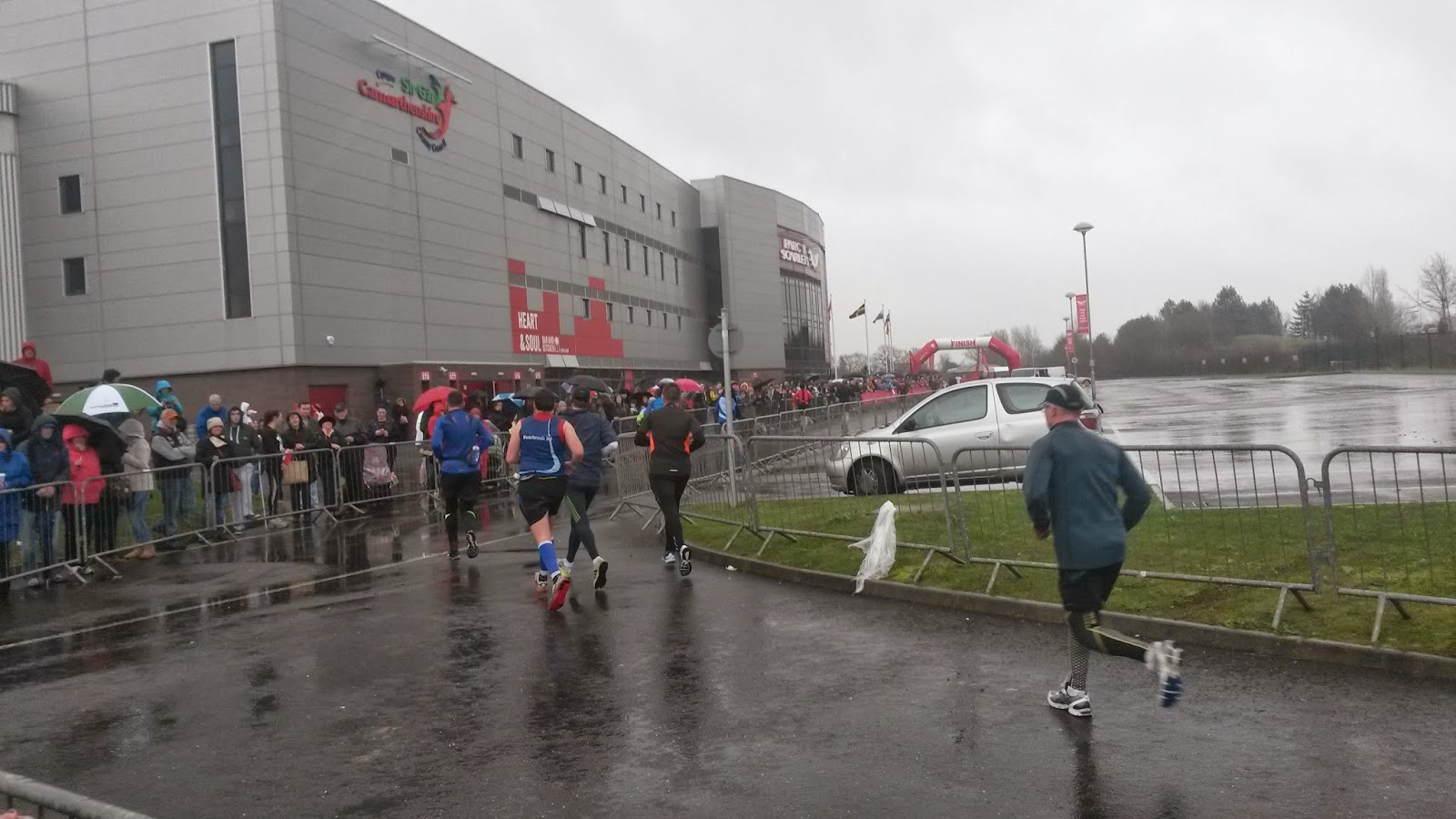 On the way back along the coast at mile seven or eight, the wind was very strong and this lasted for about a mile I guess. About nine miles in I saw my cousin Selina coming the other way. She was pointing to her knee and saying it wasn't good. I felt bad for her as I really wanted her to get a sub two hour half as she was so close at Cardiff (about a second out I think)  but she has struggled with knee injuries from time to time but it didn't stop her from doing the New York marathon in November!

I got chatting to a few people and other runners encouraged me as they past me as they could see I was struggling but still trying hard. On the last mile some guy ran with me up the hill and told me I was doing well which was nice even though I knew I was about 6 minutes out on my target time. It was a great race but nowhere near the time I wanted. I only had myself to blame though. Usian Bolt had tricked me into a false sense of security. Should I sue? Anyways, I crossed the line in 1hr 35 or 36. One of my worst run half marathons but I thought it was a great course and had great support. I would do it again and am tempted just because my time was so bad. I got a really big shiny medal and a bright red woollen hat.

It rained hard and the wind picked up as I waited for Selina. I managed to catch up with my parkrunning buddies from the day before and then I went inside and changed as I was getting cold quickly. After a can of coke I came back out and waited for my cousin. Despite her bad knee, she was stubborn and wouldn't DNF. Cos that's the Jones way ;) She had picked up a man along the way who was helping her in, via words of encouragement. Looks like we both needed help that day to finish. Got to love your fellow runner. So many selfless people out there in the running world. She was limping but still running. Crazy girl, love her. We went back to the car and decided never to eat McDonalds before a race again. It was now off for a family carvery in Carmarthen :)
The next thing you know, Selina is talking about Loch Ness marathon! To be continued... 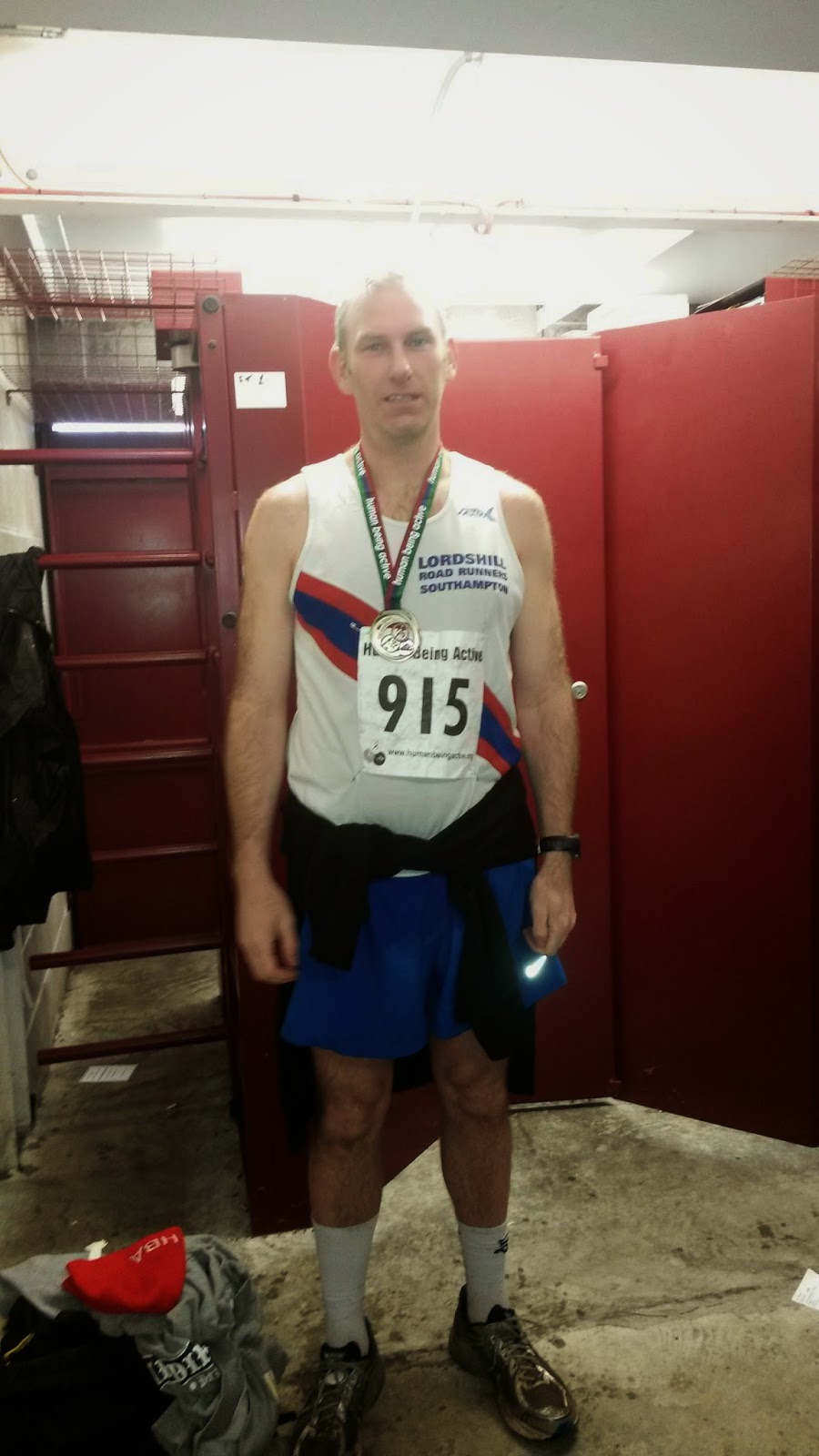 I was trying to take a selfie at the end but was struggling to fit much of me in when two girls came along and offered to take the pic for me on my phone. They were quite pretty so I was nervous and struggled to smile..lol
Posted by d3@N j0n3s at 15:05