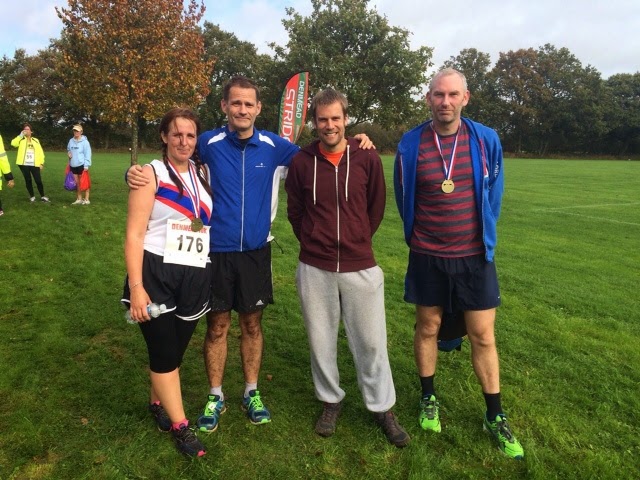 At the finish. A big thanks to Nicole Kelly for the photos. (Kim Kelly, Rob Kelly, Jeffrey Scarle and Myself).


The race didn't start until 10am so we had plenty of time to get there. The weather was fine, if not a little warm for the time of year. I was quite excited about this 10k and a possible pb was on my mind. I was wanting 40 minutes something. I would aim for an average pace of 6.40 minute miles. If I blew up, it would still be great training for the Great South run the weekend after.
We knew that this was a new course (not that we had run the old one). There was no profile or elevation to be found but there was a map and a written description on the course. So there were going to be undulations and a big hill.

Anyway, Rob, Kim and myself get to the scout hut and pick up our numbers. We then see another Lordshill Road runner's vest. Who's that? It was Jeff Scarle. He had entered late on the Thursday night and why not at the bargain price on £10. There were only 200 places in this race and there were only 17 left from what their facebook page had said.
I joked about a team prize as there were now 3 Lordshill men running. We saw Paul Johnson from Southampton AC and had good banter with him while we were putting on our race numbers and getting ready.

I was quite confused in the toilets when I came out of the cubicle and saw a women there washing her hands. She also looked puzzled by my presence. We both scanned the toilet door for a sign and I was relieved to see it say "Men" in big, bold letters :) Sorry, she said. No problem I said.

We warmed up and headed for the start. We made sure we got right near the front but not too near Julian Manning who would obviously go on to win the race (in a time of 34.55). Off we went! I would try for my 6.40 minute mile. Don't go to fast Dean. Stick to the pace. But I feel good. Damn, first mile 6.32. This didn't last long though as we started climbing and I managed a feeble 7.28. Damn! What was that!?!
This course was no good for averaging your pace. Jeff, Rob and Paul were out of sight until we got to a very long, steep downhill. I managed to pass Paul and another Southampton AC guy as I just love the downhill. I glanced at my watch and noticed 2.5 miles in I was running at a 4.40 something pace. Obviously this wasn't going to last with the uphill in sight. 6.18 for my third mile. That will make up for my crappy mile 2 but I had worked out that I still needed to make up roughly 40 seconds. 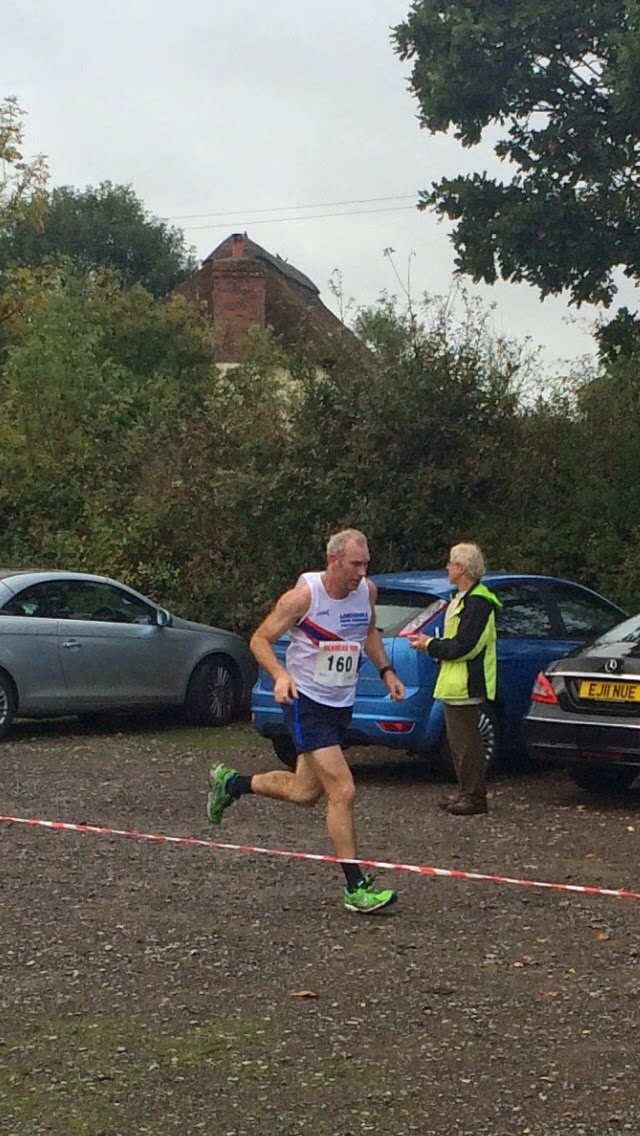 Coming into the finish.


And then it definitely all went wrong for me. There was this monster of a hill. I was slowing, my breathing was so laboured and out of control. Paul from Soton AC had long passed me. I came to the decision to actually walk for a bit to get my breathing under control and not only that but I thought I could walk as fast as I was running at the present time. I blame this on the ultras! Walking on a 10k race? It may have been no more than 15-20 seconds but it's still being a pussy and giving up.
A Stubbington runner urged me on and I thanked him for his kind words as he passed me.

Mile 4, 7.47.
Kiss that pb goodbye. After this I didn't really pay much attention to my watch and my miles. The last 2 miles were pretty much on a downwards slope though. I soon picked up the pace again and passed the same Stubbington runner. I could see Paul from Soton AC in sight for the last 2 miles but just couldn't gain on him. I pushed and pushed. Mile 5 was run in 6.43 and mile 6 was actually my quickest in 6.29. I had finished with a time of 42,22. I wasn't disappointed with my time on such a challenging course. I came 23rd so that was pretty good I thought. Jeff came 11th with a time of 40.24. Rob came 20th with a time of 41.46 and Kim came 170th with a time of 1.12.16. A great day was had even though we weren't prepared for such a tough course. We got Denmead striders shoe bags with our medals inside, some food and water. The marshals were really supportive and encouraging on the course. A lovely race around country lanes. Such great value and good spirited people. Denmead striders also got to race this course a few weeks before us. What an awesome idea. They even had a list of results. I wish our club did this as I have never run in our 10k or 10 mile races and don't know the courses. I would love to do this race again, especially now I know the course and have a time to beat.


Sadly, due to my slower pace, we missed out on the team prize. Southampton AC had won it and Paul was their third runner. When I later checked the results, I was 24 seconds behind him. I had let the team down by eating too much chocolate during the week ;) Better luck next time. A big thanks to Nicole for the photos and support as well. 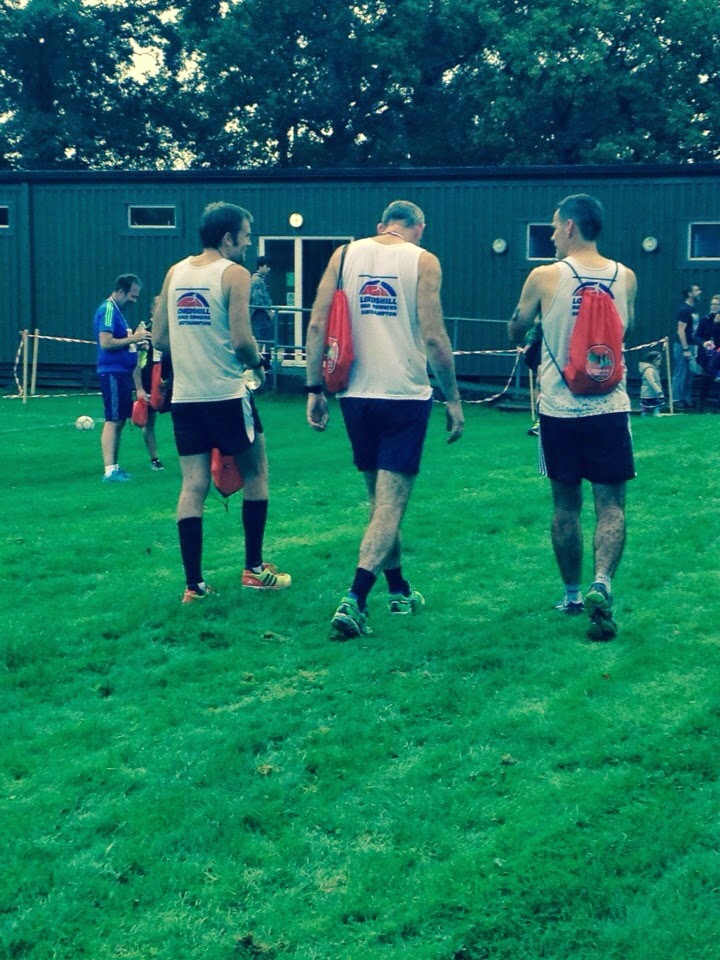 Muddy legs. My walk of shame as I had let the team down (Jeff seems to be laughing still so it's all good ;)