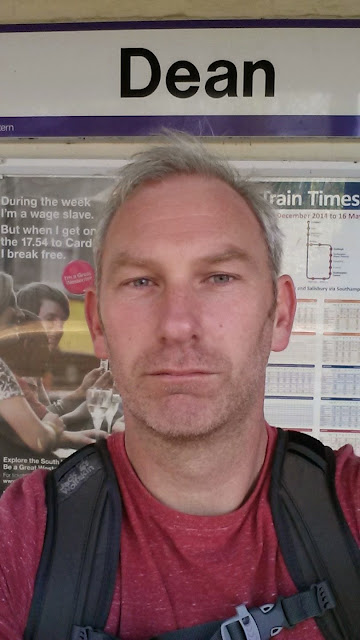 After work I thought i'd go for a 20 mile bike ride on my mountain bike to Awbridge and back. My IT Bands and Soleus muscles are still really hurting from all the racing at the weekend. I have been having plenty of hot baths and Foam rolling and the pain is easing off a bit. Another run free day was needed and the weather was good, so a bike ride it was.
﻿ 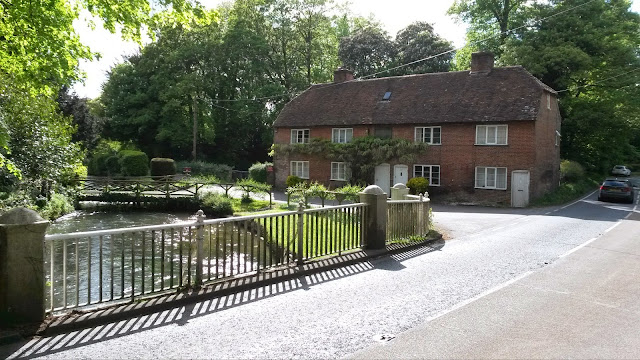 I left work with a bottle of water and a rucksack with a hoodie. Cycled along Lee lane but straight away there was a queue of cars turning around. Some woman tells me i'll have to turn around because I can't get through. I see an office girl from work but she says she doesn't know what the obstruction is. It turns out to be a fallen tree. Luckily, I am able to pick up my bike and carry it over the tree and another cyclist follows suit. I tell him it'll be a much nicer cycle to Romsey now without any speeding 4x4's and pollution. He smiles and agrees with me. I can't keep up though as he is one of those proper cyclists. 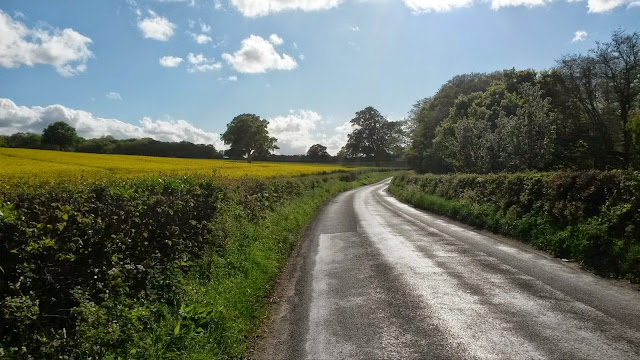 I get into Romsey and follow the gravel path by the side of the river that leads to Timsbury but I come off at Fishlake meadows and head down the Stockbridge road and turn left at the Dukes head pub. I am now in unknown territory. All I know is i'm heading to Awbridge and I've only done parts of it via the Testway, so you don't really see much apart from a cottage, bluebell woodland and a lake. ﻿
﻿ 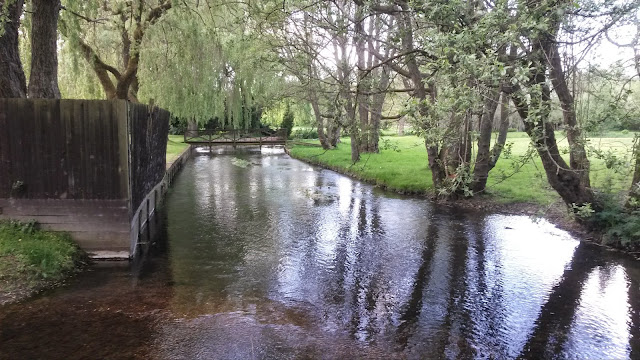 I get into Awbridge but not the village part of it. I then decide to cycle to Lockerley as I have never been there. I stop at the little shop for 2 apples and a banana and sit outside and eat an apple in the sunshine and exchange "Hellos" to some locals. Then it gets me thinking... Is "Dean" around here somewhere? Would be cool to get a picture of me with a sign of Dean. Bit of a pointless mission but it'll give the ride a bit of a purpose apart from burning a few calories and enjoying the sunshine and quiet country lanes and watching the wildlife.﻿ 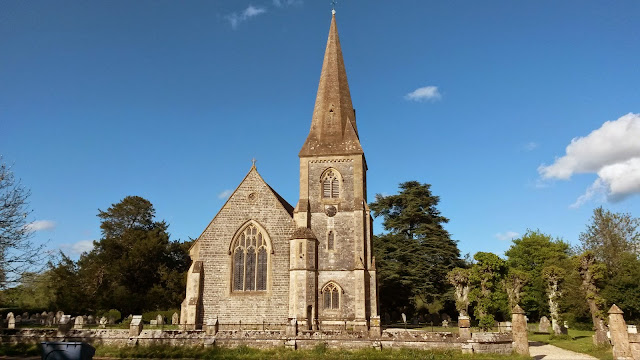 I don't know where this Dean place is and I end up cycling on Lockerley footpath number 6. I don't know where it goes and it's pretty tricky terrain even for my mountain bike so I decide to turn back and follow the signs for East Tytherley instead. I see a Deer grazing in a field and nearly cycle into a hedge watching it. I then see signs for West Dean and East Dean. ﻿ 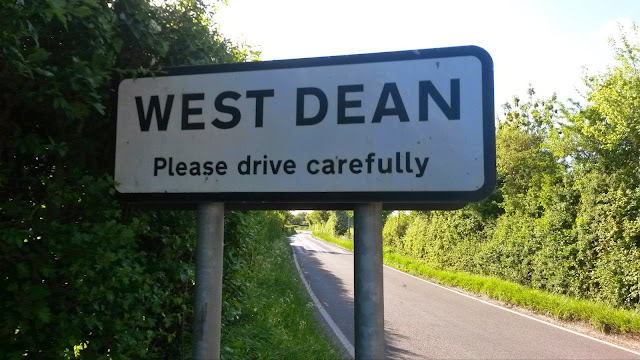 I cycle through West Dean and East Dean but where is Dean? I'm here cycling on my bike I stupidly answer myself. I then get to the below sign and can't make my mind up which way to travel. Should I turn back. I don't like travelling the way I came and am obsessed with loops. If I head towards Salisbury would there be a route through to the New forest maybe? I knew Winterslow was on the Clarendon way after Broughton. ﻿ 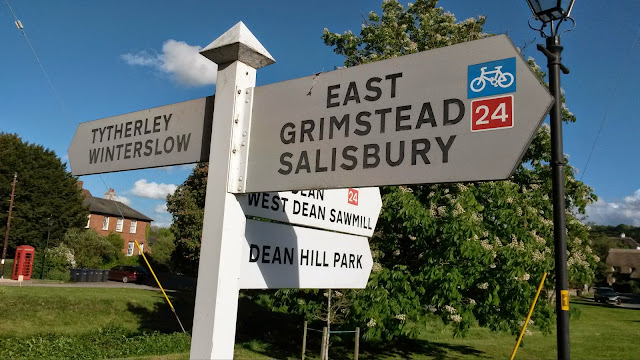 In the end I decided to head towards Tytherley and hoped this would take me back towards Lockerley. I had done quite a few miles already, so it was time to start thinking about heading back. Plus I didn't have any lights on my bike and I would like some food and a nice bath. 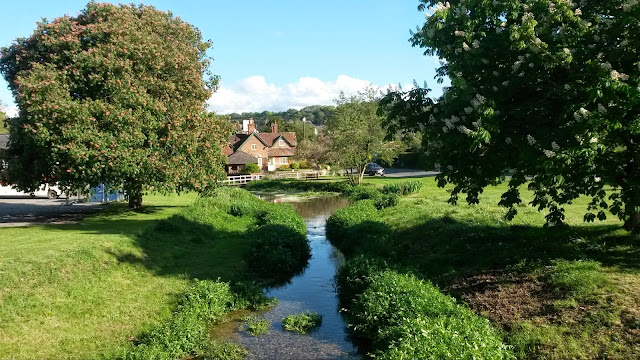 As soon as I got around the corner, there was Dean Train Station. I had been past it many times on the train. I had found my Dean. Seems to be just a train station rather than a place I think. I took a photo while I waited for the train to pass at the gates. Then up a hill I came to West Tytherley. 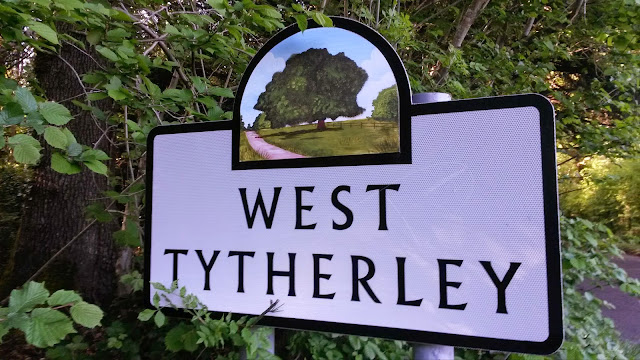 This brought me back to East Tytherley and I could see the road running parallel was the one I had taken earlier. I was now the otherside of the church. I was back to kind of knowing where I was. 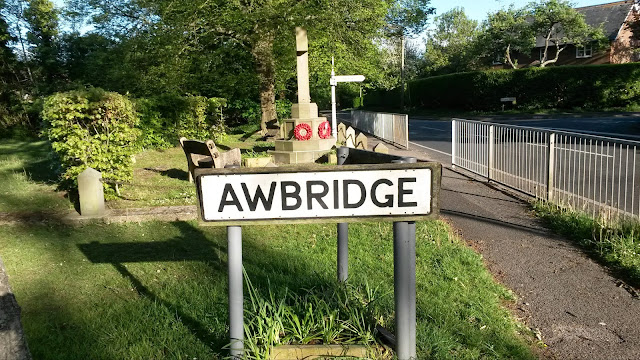 At least I knew where I was now. Through East Wellow to the Wellows and then that big climbing hill past Wellow golf course and then right towards the main road and into Ridge. 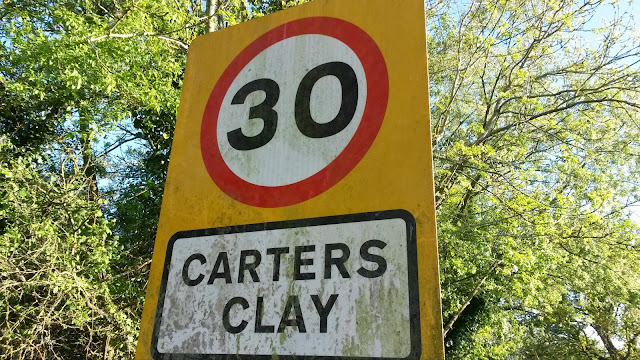 I briefly went to this place but there wasn't much there to be honest. I cycled through Woodington as well which I know from getting lost on the Testway and ending up in someone's back garden. 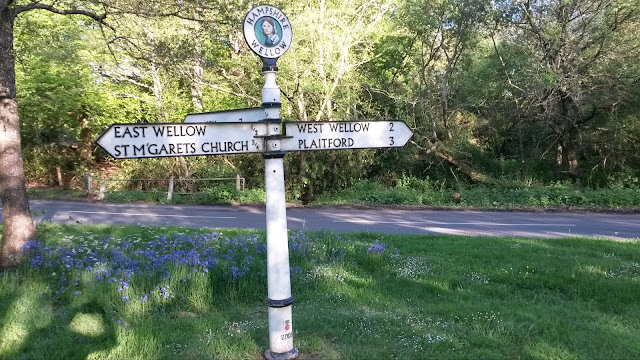 I was tempted to continue the adventure and head right to West Wellow and Plaitford. I was about 25 miles in already though. There was enough I had decided. I sat on a rock and ate my banana. I was starving by now and couldn't wait for some decent food when I got home. Another apple wasn't going to do it. 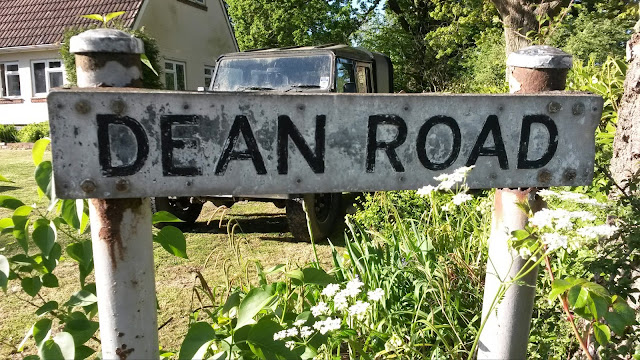 34.5 miles was cycled in the end. It was windy in places and I got covered in bugs, flies and insects many times. I managed 29 mph downhill. My mountain bike won't cycle any faster! I saw deer, buzzards, rabbits, a Hare, Woodpecker, pheasants etc.. I also have a sore bum but I loved the adventure of not knowing where I was or where I was going. Looking forward to some more sunny days like this over the summer. Thanks for reading :)