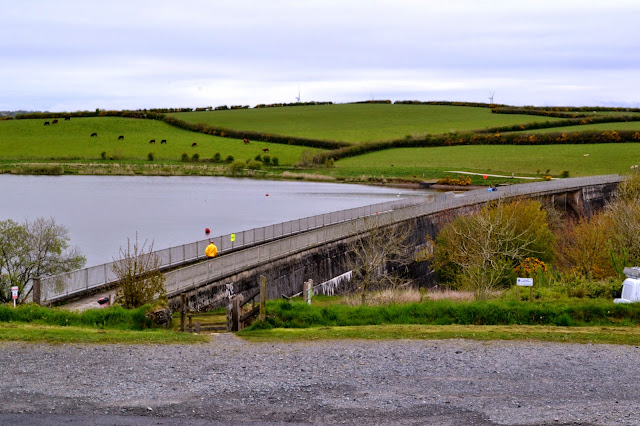 
I went to Cornwall/Devon last Friday with Di from my running club. Di had previously done Tamar lakes parkrun but it was cancelled due to flooding but in true parkrun style, they ran it unofficially anyway. I was looking forward to this event. I always love going to new parkruns around the UK. This was to be my 13th different parkrun course. Although my calves were still achy from London marathon, I decided I was going to try and win this parkrun. 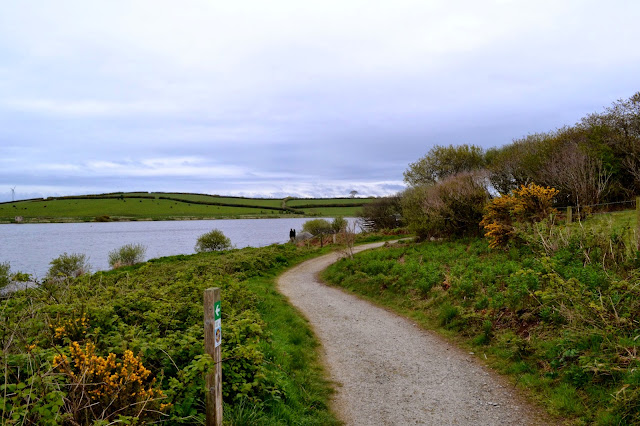 (Towards the finish, around the 3 mile mark)

This parkrun starts from a bridge. You run across it and then run around the lake anti-clockwise for 3.1 miles. It was as if this lake was built for a parkrun course. Lovely gravel paths all the way around and undulating throughout with a bit of an evil climb at the finish, which looks like nothing until you've run your hardest for 3 miles! One of the most beautiful courses I have ever run with the exception of Colby and Llyn Llech Owain. Anyway... Back to the race.


I just had to check the results from the previous week to get an idea of how many runners turn up and what the finishing times were like. There are usually around 60 runners and the winning time was 20.30ish or there abouts. I could win this with a lot of effort in my current state! 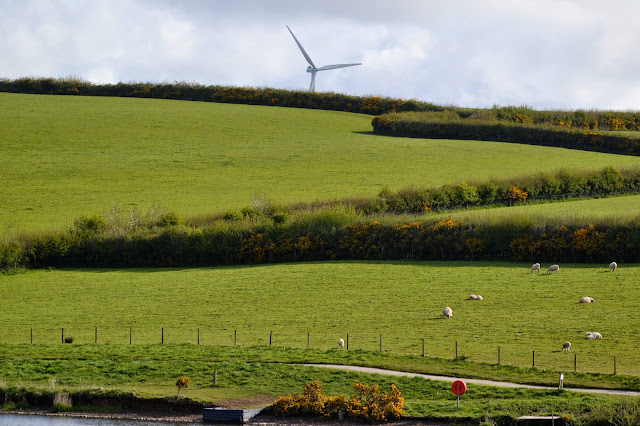 (Just over a mile on the otherside of the lake)

The rain had held off but there was a bit of a breeze as me and Di made our way over to the start line. I was ready to run and keen to win with my 20 minute time but I didn't want to lead the race as I didn't know the course at the time. So, the plan was just to sit behind the leader for 3 miles and then take them at the end. Of course, this was a complete fairytale but I was starting to believe it anyway. I wished Di good luck and we were off.

We set off and I was running just behind the front pack of Three runners. Seemed okay for a little while but then I noticed my breathing getting heavier already. I looked at my Garmin and I was only a quarter of a mile in and running at a pace of a 6.02 minute mile. This was too fast for me. It was then that i'd realised that these weren't 20 minute parkrunners . Dammit! I'd picked the wrong week. I decided to slow a bit but try and keep my 4th place. Maybe they would slow down after a mile or two. 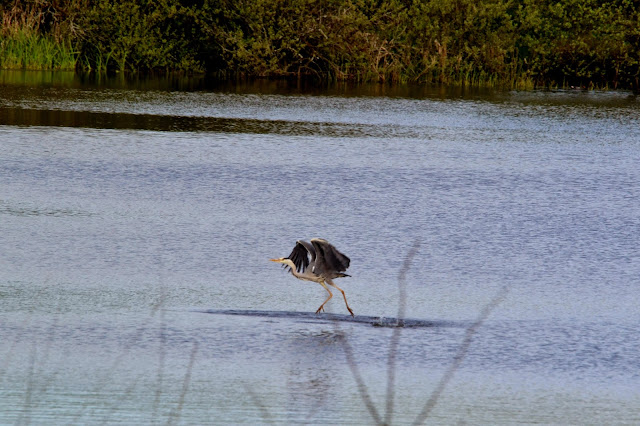 (Resident Heron on the lake) (P.S. Photo not taken while I was running)

I kept on going at a good pace and finished my first mile in 6.26. Not too bad I thought. I'll just try and average 6.30's all the way round and i'd be happy with that. It got worse though. I struggled to hold the pace. The first runner had sped off on his own, the second was a long way off but the third runner was always in my sights but so was the runner behind me. The runner behind me wasn't close but I was slowing already. Poor pacing on my behalf. Second mile 6.44. 18 seconds slower than the first. The Fourth runner didn't seem to be gaining on me though. I then saw a Heron fly across the lake and land on a floating orange buoy. Was nice to take my mind off the pain for a bit. 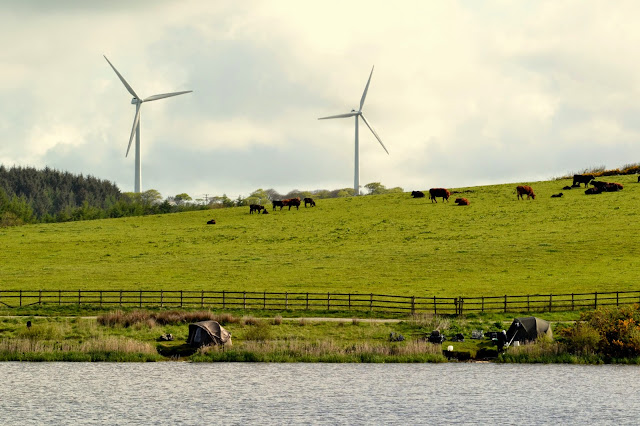 (Who needs breathing when you have breath-taking scenery?)

The last mile was even worse. 6.54. 10 seconds slower than my last mile and 28 seconds slower than my first mile. I was so determined that I wasn't going to run a 7 minute mile though. Must get another sub 7 I kept telling myself. Push harder!
I was actually taking all these stats in as I ran. I love to work out the maths even when i'm racing hard ;) The fourth place runner wasn't catching me though and the marshal even told me that I was going to finish in Fourth. I wasn't catching the runner ahead though. The course seemed to climb harshly on the final bit. It didn't seem like much earlier when me and Di walked up it. I was giving it my all here. If only I could discipline myself and lose this excess weight. Stupid fat body. 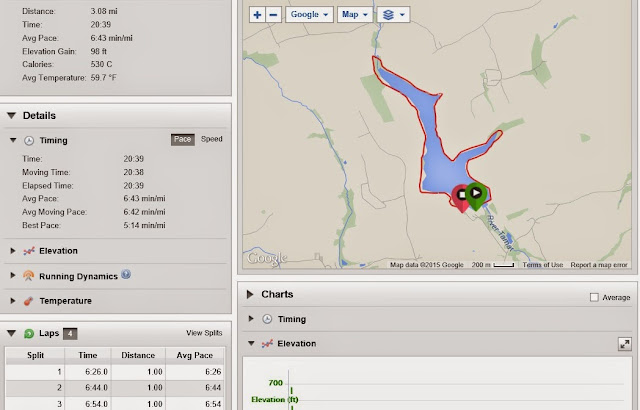 I was Fourth, I was happy but I was nearly dying here. I had crossed the line and was breathing so heavy and my lungs were on fire and then I looked across to the Three other finishers who were sat on the bench and they weren't even sweating, breathing heavy or red faced. Made me laugh. 18.57 was the winning time. We congratulated each other and the guy behind me said a few words about not being able to catch me too.
I waited for Di to come in who had run brilliantly and was first lady to finish in a time of 23.57. We were Two happy Lordshillers. We clapped and cheered the other finishers in and chatted to various strangers. No matter where you go, you'll end up chatting to other friendly parkrunners. Love the sense of community at these events :) A great event and I was also First in my age Category. Despite not winning, I almost couldn't be happier. It was time for a fried breakfast :D 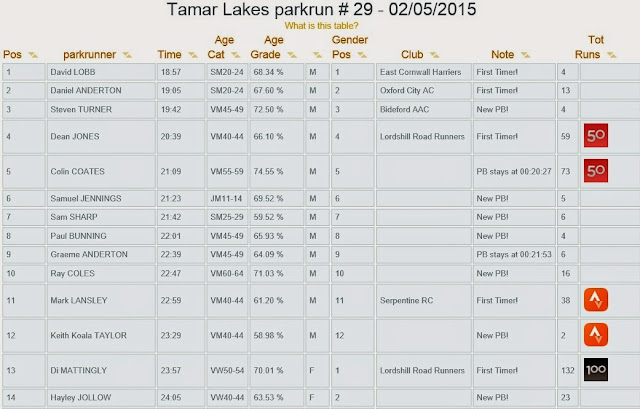