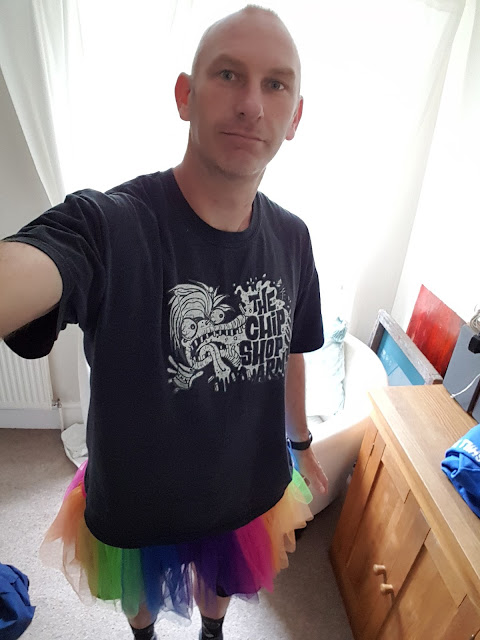 So.... Every now and then I like to go to Plymouth to see my mate Nick. He has been doing a bit of running lately, so I asked him if he fancied doing his first parkrun. He stupidly said yes, so I got the train to his on the Barbican. Like the athletes we are, we didn't drink and went to an art show or something where we looked at photos and illustration. An early night was had and we set off for Mount Edgcumbe. 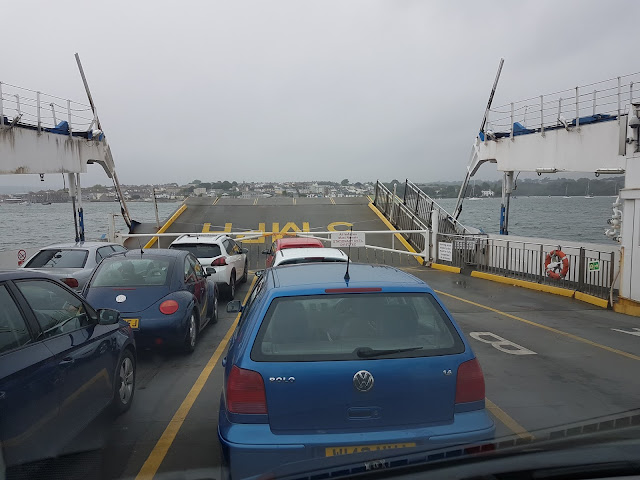 You may wonder why I am wearing a rainbow tutu in the first photo? Well, this parkrun had a rainbow fairy theme to which just so happened to coincide with the fairy festival at Mount Edgcumbe. I had shopped for my tutu, got a nice set of sparkly wings and a magic wand. Of course I wasn't going to go on the Ferry dressed as a fairy. I'll get changed when I get to Cornwall. 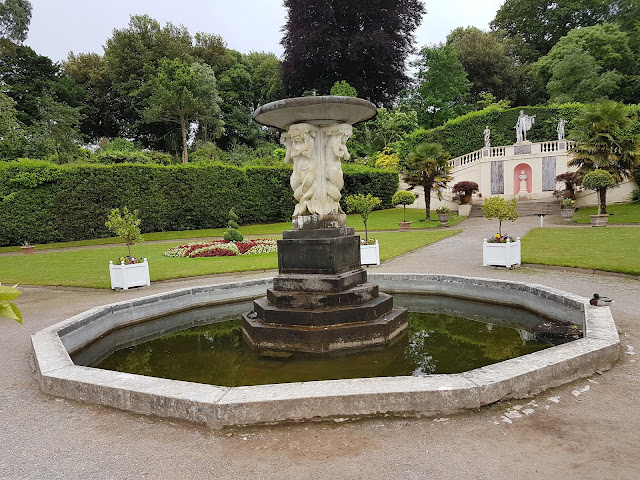 There are two ferries two Cornwall from Devon, or is it three? Anyways, there is the Cremyll ferry with Marley the ferry dog. See facebook page. He is a cutie... https://www.facebook.com/MarleyTheFerryDog/
and there is Torpoint which is a car ferry. We got this one and then a 20 minute drive from there?
Anyways, we parked up at the wrong place and couldn't find any runners or marshals. We did the next best thing and found the toilets to urinate in. It was then a climb up a hill to Mount Edgcumbe house. 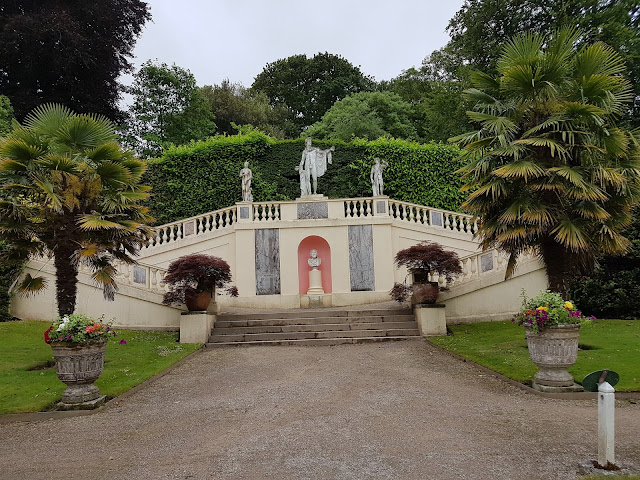 We had warmed up nicely with the walk and my mate Nick had printed off his barcode to get his first timed result but we were soon told that the previous weeks run director was uncontactable. This meant that it was just a dude with a watch and a large sheet of paper to write the results on and we got a position number on another piece of paper.
HANG ON A MINUTE!!!! Where are all the other fairies??? Turns out, I got my dates mixed up and so didn't bother changing into all my fairy gear as I had decided I was going to be a proper athlete instead ;) 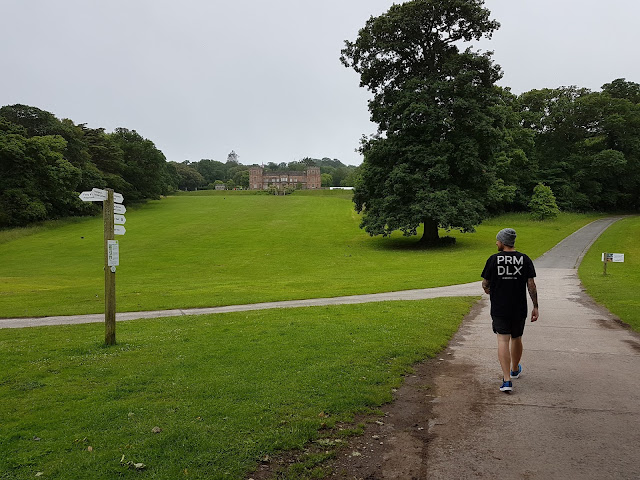 We were then told to walk back down the massive hill to the start. On the way down we chatted to other parkrun tourists. A girl from York and some dude from somewhere else. Some runners were clever enough not to walk up the hill in the first place and patiently waited at the bottom. One of the smallest parkruns i've ever done with a total of 40 runners! 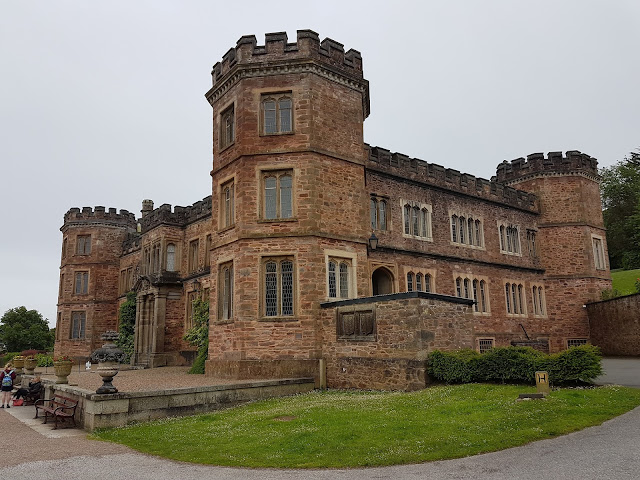 Now, when doing parkrun tourism, you should always check out the parkrun page and do a bit of research. How many runners do they get? What is a fast time? Where can I place? Will I be the first V40? etc... Turns out our very own Southampton's Steve Hayes-Arter had won the parkrun the previous week and hadn't even got a sub 20! We know how fast he is, so it must be a toughie right? 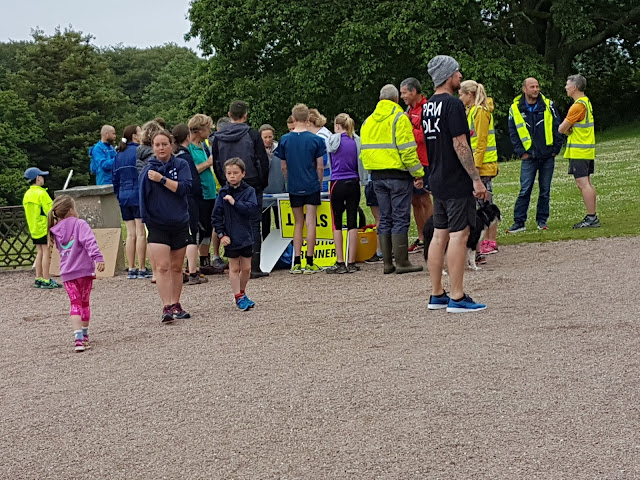 The race director does the talking and informs us that next week there is a fairy fancy dress run and before you know it we are off. We climb to start with and turn left still climbing. In fact, we are climbing for a very long time! I am trying to catch other runners and occasionally glancing at my watch. We go through the woods and yet it still climbs. 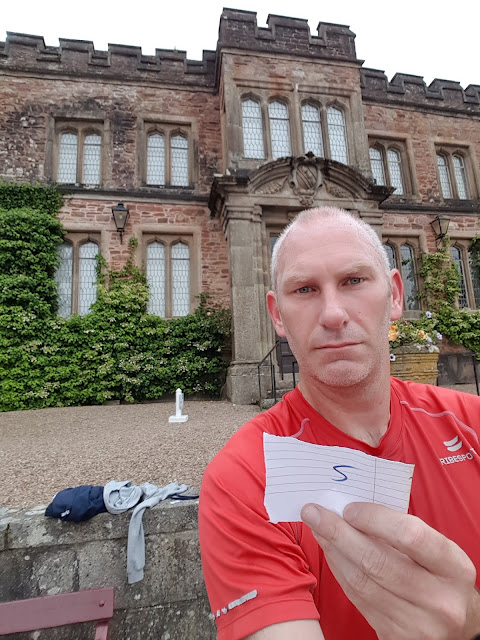 Did I mention the climbing? We reach the apex of the hill at 1.8 miles (3 kms) I am still passing people though and going for a place. I wanted a top 10 finish but was now more focused on a top 5 finish. At this point, I thought about my poor friend Nick and his first parkrun experience. What a debut course to pick..lol. Anyways, the marshal informs me that it's all down hill from here... 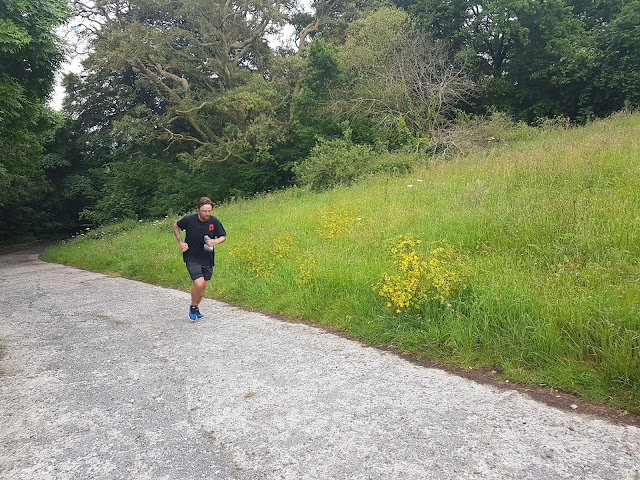 ...But we all know that marshals were born to lie or wind people up. It sure does descend though and I am flying down the gravel track and under the shade of the trees. Sadly or sadistically, the last quarter of a mile is uphill again to the finish. I swear a bit and me and another dude pass one more dude but I can't pass him. I know that I am currently in 6th place and will have to settle for that. 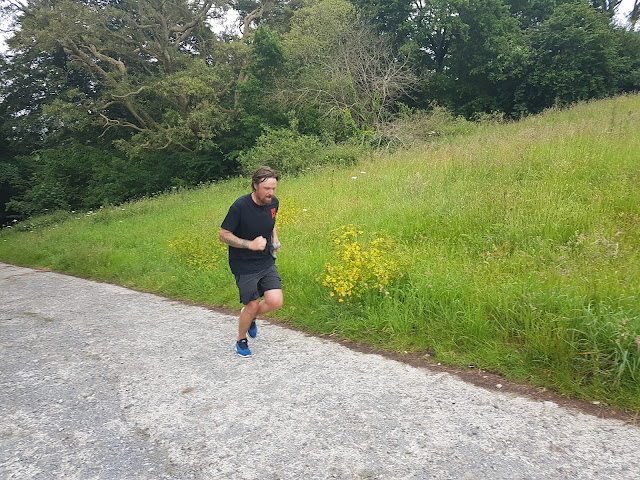 I chase the guy in front to the bitter end but he is too strong for me. I cross the finish line and stop my garmin. 22.43 for a 5k which later on Steve Hayes-Arter tells me is a great time on a tough course. This makes me smile :) I somehow managed to get 5th place as well. So I was happy although nearly dead from a heart attack! 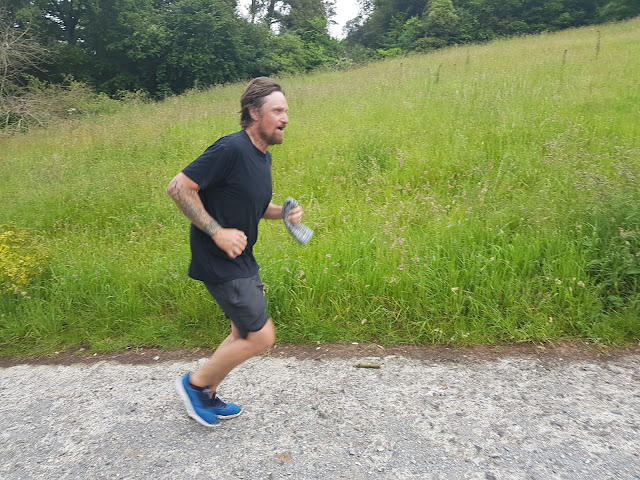 I speak to the guy who beat me and he was super nice. I tell him i'm from Southampton and he tells me he's from Portsmouth. I mention i'm an Arsenal fan and he's says he's an Aston Villa fan. We laugh and have a good joke as we watch my mate Nick struggling up the last hill. He is chasing that young girl from York but is unable to catch her. A great effort from Nick though with 28 minutes and 15th place. I'm not sure if he'll do another one but I hope he does. He will knock at least 3 minutes off his time if he does Plymvalley parkrun! 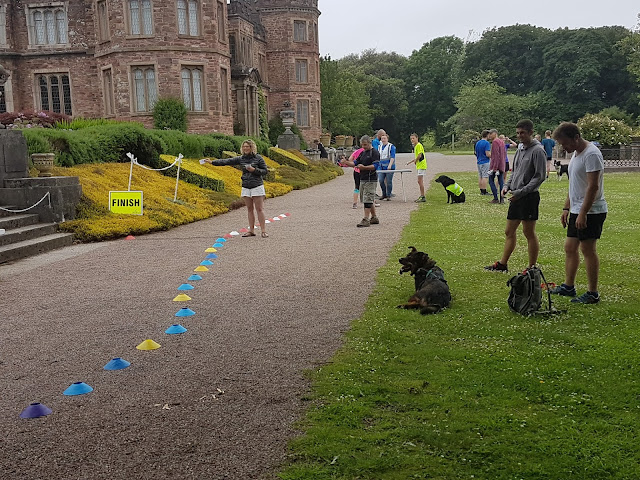 Anyway, A great parkrun it was and then I dropped my two day old phone and had to pay £180 for a new screen. We went to the pub afterwards and got quite drunk. Athletes to alcoholics as my friend Nick named it. Sure was a great day though and the toughest parkrun i've ever done with as much climbing in the 5k as in the Plymouth half marathon!