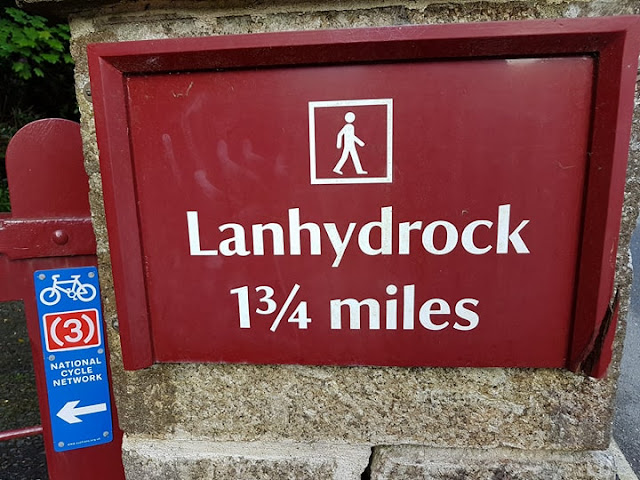 The thought of doing Lanhydrock parkrun definitely wasn't at the top of my list. I had done the Bodmin half marathon a few years back and I can tell you now that it is hilly, very hilly. But this is parkrun right and it's only 5k? I was heading to Plymouth anyway so I thought I may as well jump on the train from Redruth and alight at Bodmin. This would be my 155th parkrun, my 40th different location and the last of all the Cornish parkruns for me to complete.
It's important to remember your barcode for parkrun or else you won't get a recorded time but also in Cornwall and Devon, quite a few of the parkruns are run on National trust sites. I have also done a few in Wales. I usually remember my barcode but sometimes I forget my National trust Loyalty drinks card! Let's face it, we only really go to parkrun for the coffee and gossip afterwards ;) Anyway, I made a conscious effort to take my card this time around. 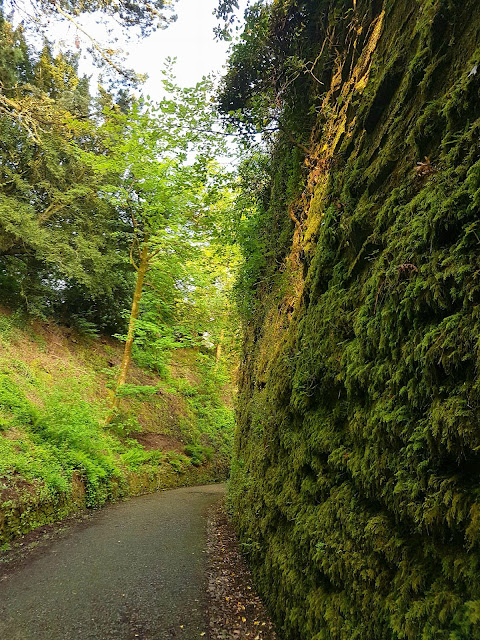 I get off the train at Bodmin and realise that I don't even need Google maps as Lanhydrock is sign-posted from the station. It's a lovely 1 and 3/4 mile walk too. The sun was out and the birds were singing and the only other sound I could hear was that from a babbling river on route. I got to a gate and an entrance of Lanhydrock but wasn't really sure where to go from here. I looked at Google maps but still no idea. Luckily all parkruns have a website and I followed the postcode to the car park at the top. I had a big hill to walk up where I saw an arrow sign. One of the ones they use in parkrun in fact. There were cows everywhere though. Surely we weren't going to be running here? I walked to the big house which I remember from the half marathon and take a right up another hill. I could see the "Finish" sign to my right and further up the "start" sign to my left with a few people gathered around. It was still early though. About 8.30. 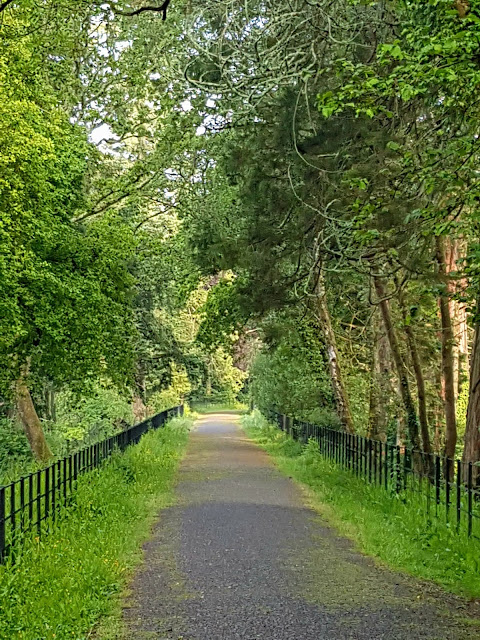 I talk to a few friendly marshals who tell me... A: This is not a PB course and B: This is the toughest parkrun course in the U.K. Now, I have heard the latter stated by a few proud parkrun directors before including Trelissick which has nothing on Mount Edgcumbe or Parke parkrun. So, I was going to take these words with a pinch of salt. I put my bag and hoodie into the back of a jeep thing where they tell me the bags get taken to the finish for us to collect. I decide on a warm up and do a couple of Kilometres which entails lots of effort and heavy breathing. "That's just the way it is sometimes I tell myself".
I was feeling like I might get a top Ten finish here as no-one the previous week could even manage a sub 20. Not that I was at that level of fitness and it was only the previous night that I had had an MRI scan on my knee. The knee wasn't feeling too bad but I never knew until a day or two later what sort of pain I would be in, if any. 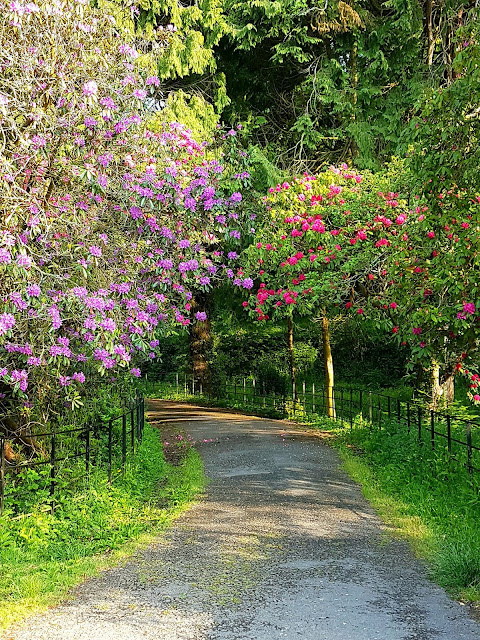 3.2.1. We were off. It was a fast start and there was no congestion whatsoever with such a wide path and just over 200 runners/joggers and walkers. I guess the fast start was due to it being down hill. There appeared to be a lot of people in front of me too and I wasn't passing many. Think I remember glancing at my watch and seeing a sub 6 pace at one point. I was soon to slow though. We passed the big house and then there was a brief climb on a gravel path that I also remembered from the half marathon. After this climb though it was back downhill at full speed. It was all uneven gravel paths. every footfall was exciting yet dangerous. You had to think and place well every time you landed. It didn't help that my eyes were watering. I wiped them dry as I ran twisting on the gravel paths with the woodland all around us. It sure was a very hot day. The sun was shining but here we were protected by the trees, but not the heat. 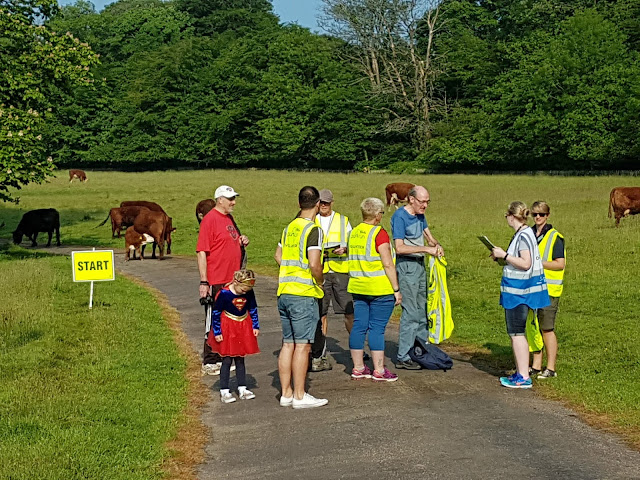 It's very hard to try and remember a course when you are racing. it wasn't like I was taking in all the beauty of the course but I was aware of it. I was also struggling to breathe despite the majority of the first mile having so much descent. I was close to twisting my ankle just before the end of the first mile as well but I survived.
Coming to a junction I had trouble slowing and turning right. I nearly ran straight on as it didn't seem to obvious to me. The marshal managed to steer me to the right after I had asked. I guess I should have been paying attention to the runner who was in front really! It flattened out but before long, we were running downhill again. So much downhill. Doesn't seem like a tough course right? Maybe a little technical underfoot though. 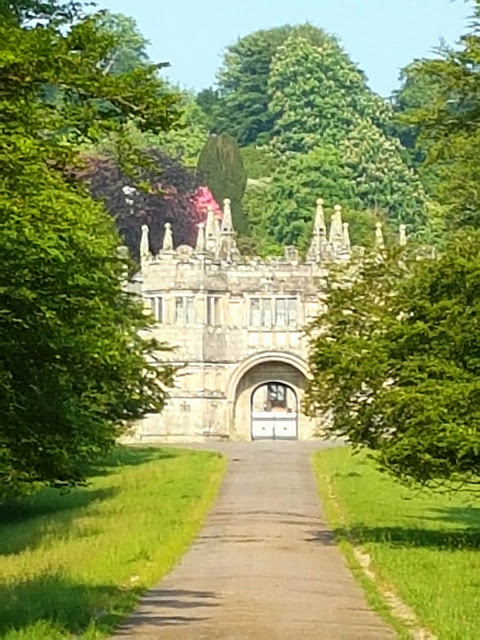 6.44 for my first mile and 7.20 for my second mile. I was slowing and really feeling it in the heat after the first mile. And I knew it was going to get worse! In fact, I have just checked my strava stats and it's pretty much downhill for 1.5 miles and the rest just climbs with a nice bit of a downhill sprint finish. My heartrate felt pretty high on the last mile and I was struggling to keep it down. My breathing was really laboured too. I decided to walk for a bit. A couple of people passed me as we headed on the road back up towards the big house. 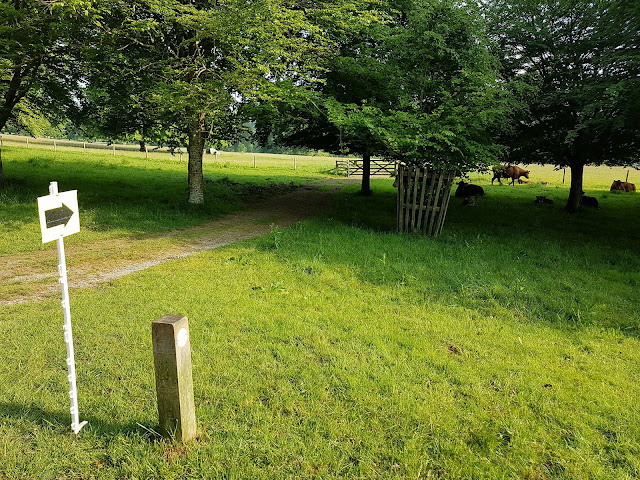 I started running again though and soon caught them up. We turned right and crossed a field and then another ascent began where I walked again. Ok, it was a tough parkrun. That pinch of salt was now truly sore in my open wounds. I kept on going regardless. A bit more running and a bit more walking. Not many people were passing me though. Maybe one or two? It did flatten out again eventually and then there was a crowd of people supporting and cheering including Lordshill's speedy Pete B who I had spoken to at the start. He was supporting and his wife was running. He shouted words of encouragement that pushed me that little bit harder and all I can remember shouting back was "brutal mate". It was a nice speedy downhill sprint through another field and I felt fast at that point even though I had run/walked my last mile in just over Nine minutes. 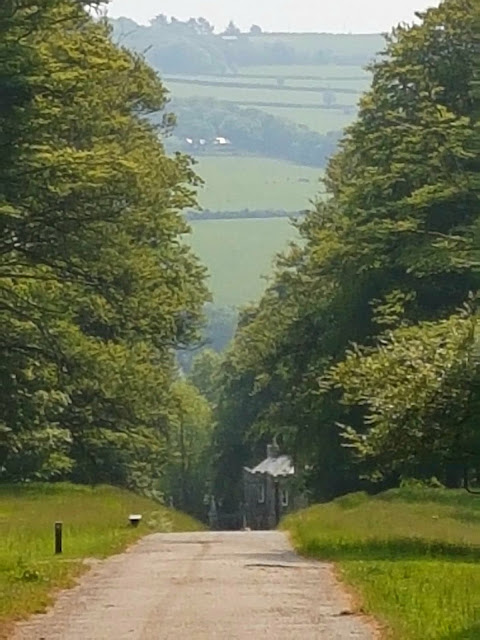 A finish time of just under 23 minutes and 18th place. It's a lovely course and the marshals were fantastic. I chatted to few after the run as well while I waited for the jeep thing to turn up with my bag. The jeep thing never showed though. I walked towards the café hoping it was there but no sign. It turned up in the end but I was getting a bit concerned at one point. I was in no rush to be anywhere. I was in such nice surroundings and the sun was shining. The weather forecast was set for thunderstorms, they never came, thankfully. After tracking my bag down, I then went for Coffee and got my loyalty card stamped. I had sadly forgotten about Pete and his Wife and never saw them again. 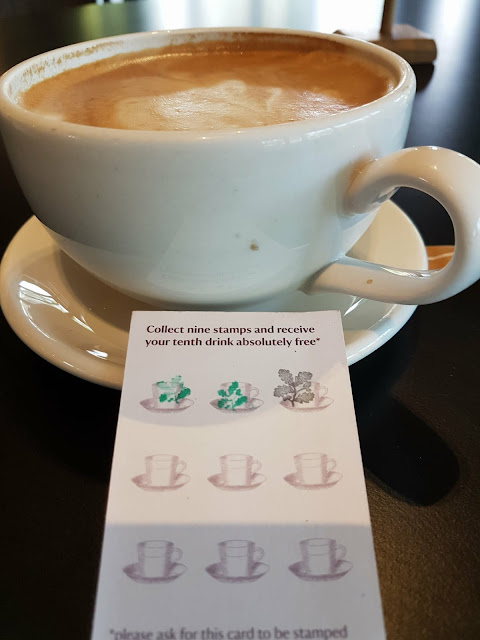 I felt satisfied with my run as I drank my Latte in the café. I also decided to retire my trusty Mizunos that day too.
It is a very hard course. Tougher than Mount Edgcumbe with its 3k climb at the start? Tougher than Parke with the hill that you can barely walk up near the start? I couldn't say but they are all lovely places to visit and great experiences to be part of. What's next? All the Devon parkruns? I think I need to head back to Penrose for a faster time as I had cycled about 500 miles to get there the last time I did it.

The good thing is that I have had very little knee pain after this parkrun and had little knee pain after Trelissick parkrun but after Eden project parkrun in between, I had bad knee pain for 7 days where I struggled to sleep every night. The trails seem to be better for me because of less impact I guess.
Either way, it's good to be running parkruns again even if that is my limit at the moment :D 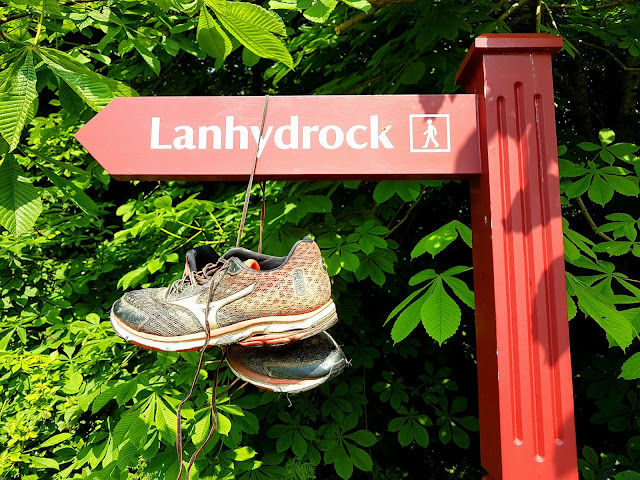