The return of parkrun 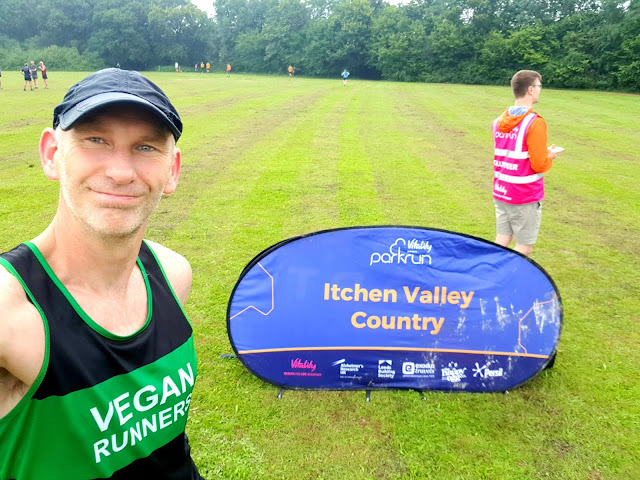 I was in two minds whether or not to run a parkrun. There would be a lot of people attending after all. The plan was to possibly meet up with Mike Harper and a few other Vegan runners at Itchen Valley Country park. Even on the night before, I couldn’t decide. At least there would be fewer people at this location. I would wake up in the morning and see how I felt and if the weather was going to be kind that day. I heard there may be some more storms and it was going to be a 6 mile cycle each way at least. 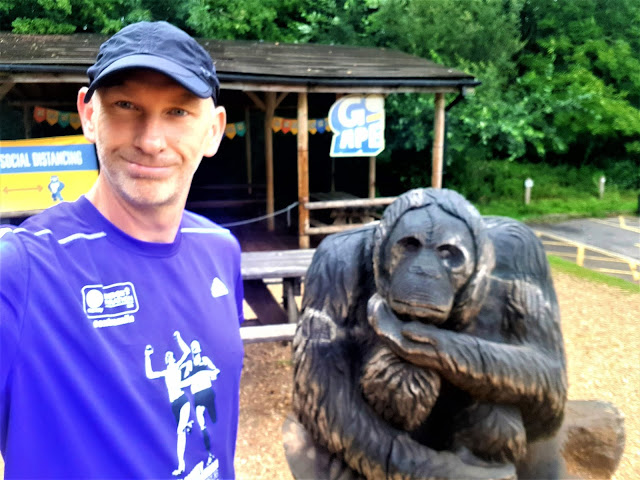 I woke early and looked outside. It was raining but very lightly. I could tell that I was secretly excited about the return of parkrun. My last one had been at Southampton on the 14th of March 2020. 16 months had passed by with the pandemic and continues to do so. Restrictions had finally been lifted though.

Itchen valley would be my 57th different parkrun location and I would gain an “I” for my parkrun alphabet. It would also be my 211th parkrun in total. That’s 211 weekends of getting up early and travelling around the U.K just for a 5k run! I love it. Pretty tame in comparison with Mike though who would run his 402nd parkrun and his 119th different location. I had some work to do. 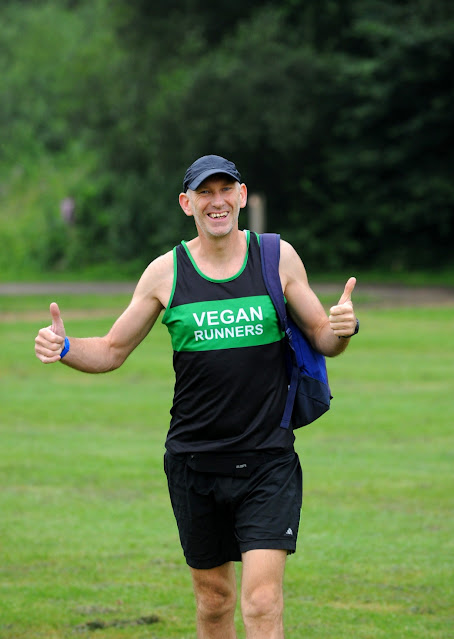 I sat on my mountain bike and decided to go back inside for a rain coat as there was a light drizzle. 7.40am already. What had I been doing since I woke up at 5.30am? It took a while to find my parkrun wristband and my trail shoes which I also hadn’t worn for 16 months. Toast and coffee were essential of course. I also looked at my cycle route on google maps. I had never been to Itchen Valley apart from when I passed part of it on the Itchen navigation trail a few times. I studied the route and realised it was similar to when I cycled to Queen Elizabeth Country park for that parkrun. 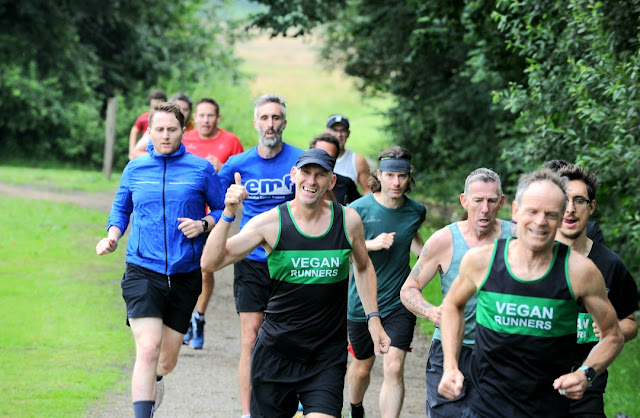 Winchester road, Bassett, through Woodmill, turn left into Townhill park. Through the school cut way and then I was getting a bit lost in Chartwell Green. I just needed to find Allington lane which I did eventually and then into Itchen Valley Country park. It wasn’t too hard to find at all but I did do an extra mile and made it 7 miles. I got there at 8.30 and had plenty of time to lock my bike up at the “Go Ape” place. I changed into my running stuff and had a nice warm up looking for the start. I chatted to a few people. I spotted “Hammy” the legendary photographer who was already snapping away. I went over for a chat and a catch up. It was great to see him. It had been a long time. I saw Mike and a few other Vegan runners, plus I spoke to Daniel Baker. We joked about getting lost and following each other as the course seemed quite technical. It was a single lap and this was a new course, unlike the previous 3 lapper. They were low on volunteers but there was parkrun tape around the course to help us out with the route. 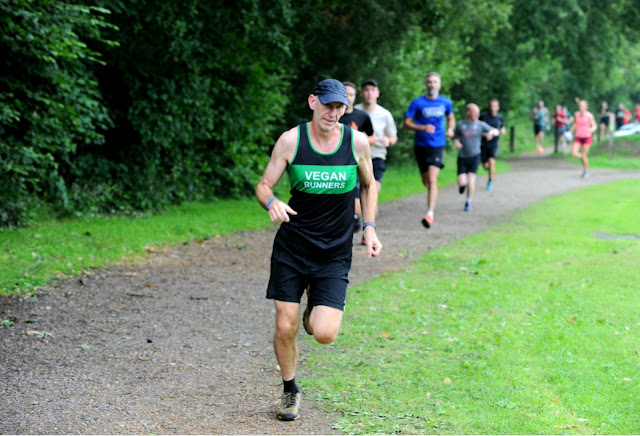 Luis was our race director and got the race briefing under way. He was hilarious and made everyone chuckle. We should have listened to the instructions and directions closer though. The course details were a bit too detailed for some of us runners to remember. The numbers looked small here and there was a very wide start in a big grassy field. It was perfect and everyone seemed at ease and in good spirits. 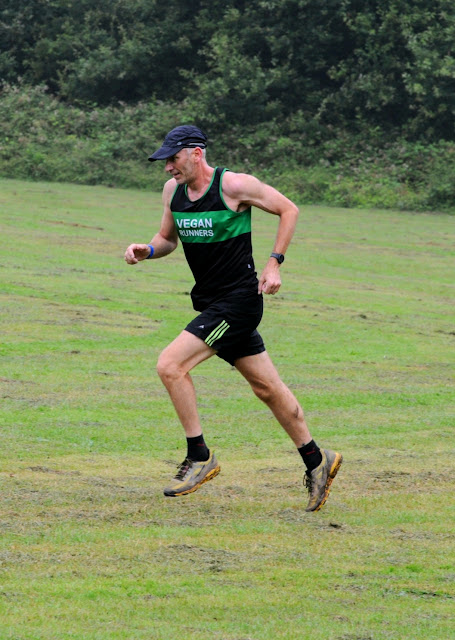 3-2-1… Off we went. I couldn’t believe we were actually back at parkrun. I followed the pack and my breathing felt heavy already. I wasn’t used to running a 5k. I had been doing half marathons lately, so the pace was a bit quicker than I was used to. We did a lap of the field and towards the car park. We turned off but some of us out in front went right instead of left across a wooden bridge. It wasn’t long before the marshals were telling us so. It got a bit chaotic as we stood in various locations wondering which direction to run in. It didn’t really matter though as everyone was laughing and taking it in good spirits. It was suggested that we just run the first bit twice in reverse. This we did as we jumped over muddy puddles and dodged tree stumps. It was a proper trail course and I was glad that I had made the decision to wear my trail shoes. 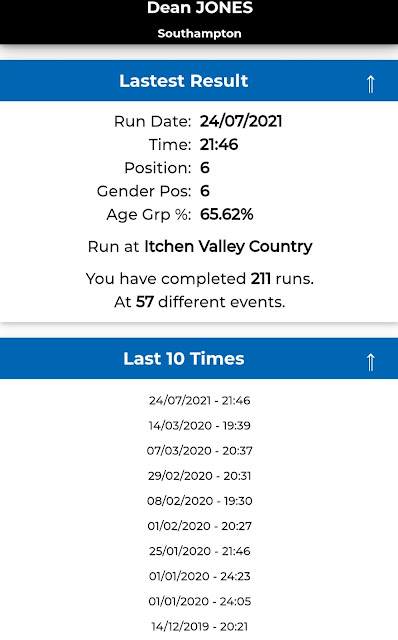 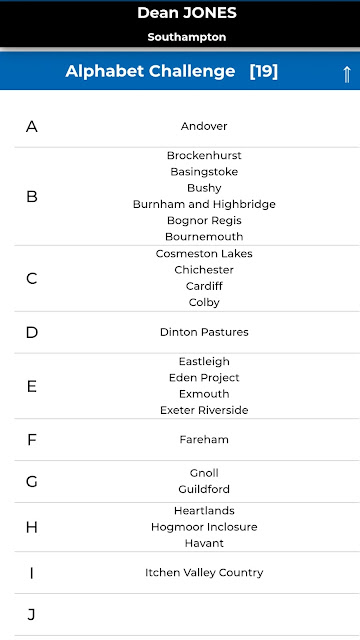 After 2 miles, we were back out into the field where we started. We now went into another part which was much easier to navigate with signs. It was a lovely course through the woodland. It was dark and sheltered. Nice and cool. I had sped up a bit now as there was less mud and fewer puddles. 4k in I was thinking… time to put in a bit more effort? I didn’t know the course or if I would be running 4 or 5 miles due to the start or if it would be shorter than 5k. Step on it Deano, I told myself. Last K to go. It felt good and then I was back out onto the field and racing for the finish line. I then hear Hammy shout “Someone’s closing in on you Deano”. I don’t look around. I just put all my effort into a sprint. I can’t hear or see anyone though. But then, I get out-sprinted by someone nearly 15 years younger than me. No excuses though, I always lost in sprint finishes. I shamefully smiled and congratulated him on his victory. My finish token handed to me as the jovial volunteers applauded my efforts. I squinted to read my bar code. 6th place! If I’d known, I may have tried a bit harder I told myself. The great thing was that there were only 116 runners. My time was 21.46. First Vegan home but still 2nd in my V45 in age category. The winning time was only 20.47 as well. Mike came in 24th with a time of 23.38. Mike’s age grading was far superior though with 67.84% and mine 65.62%. I had compared the distance with a few other runners and all was good. I made it 3.03 miles which isn’t uncommon on a trail parkrun even though they are accurately measured. I always made Netley parkrun 2.9 miles. Something to do with the satellite getting lost in the woods, or so I’m told. 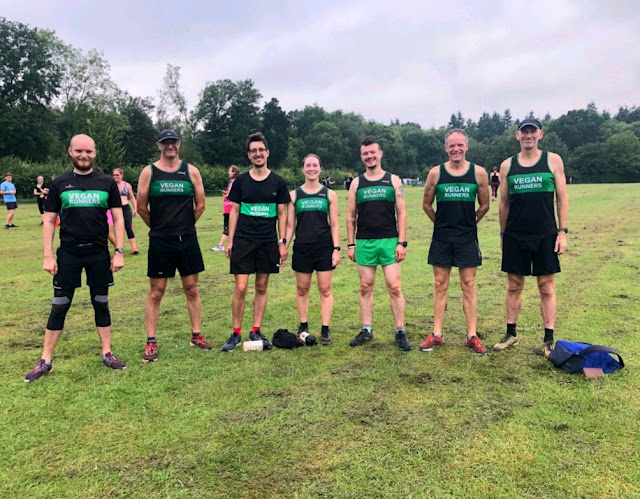 It was a fantastic event followed by coffees and vegan sausage rolls at the Itchen valley country park café where we sat outside and chatted about life, the universe and everything. Then a slight detour through Fair oak and Bishopstoke on my cycle home in the rain. Another 14 miles later I got home, ate again and napped while still on a high from the return of a great day and the return of parkrun and the loving parkrun community. Thank you parkrun, you have been sorely missed.