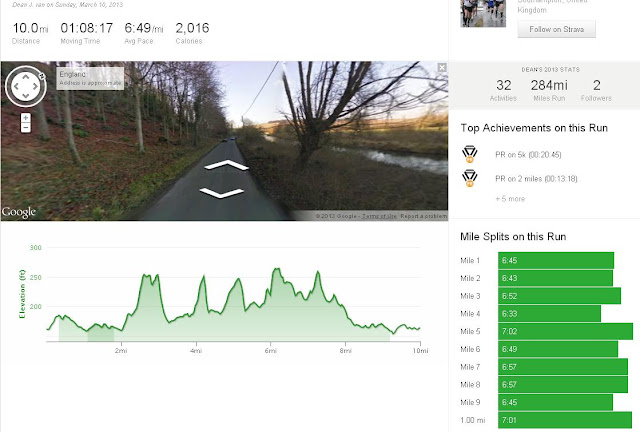 The great thing about these league races is that I get to catch up and socialise with my fellow running club members. The support and encouragement from everyone on the day is always overwhelming and makes the day more special than any kind of other race or PB ever could but that's just the way I feel about it.
I know that on the last stretch of the race that a lot of Lordshill road runner associates from my club are going to be cheering my name and this pushes me and gives me the determination I need to finish.

Just before the race I was contemplating a finishing time. Do I go for a 10 mile PB or just run around the 70 minute mark and still feel good? This is a really nice course and I PB'd on it the previous year (68.42) but got a calf injury that seemed to last for ages. Anyway, I decided to go for a 10 mile PB. It was a year ago since I got one afterall!

It was a lot colder than the previous year as well. In 2012 I actually got sunburnt doing this race and afterwards I was sat with some of the club members, eating food in a pub garden. This year, I paid £17 for a long sleeved running t-shirt to keep me a bit warmer and wore my hat for the first two miles of the race. I thought it would be a good idea to shave my hair off so I would run faster with the marginal weight loss, if any..lol. We got to the athletics track where the race begins and did a few slow laps to warm up. 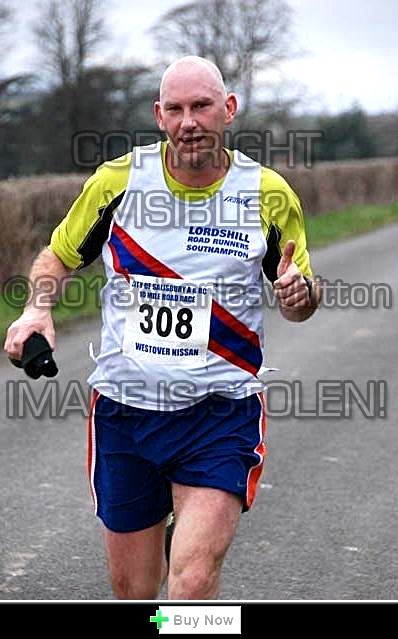 The race got underway and off we went. I was hoping to average 6.45 to 6.50 mins per mile. I knew this was possible because of my half marathon times both at Cardiff and Gosport from last year. I still find it hard to take in that I could run those races that fast or what seems very fast to me personally anyway.
It started well for the first two miles. I just tried to relax my breathing and settle into a rhythm. I was a bit disappointed with my third mile and this made a big impact on my fourth mile - that and the fact that I tried to stay up with Kevin Yates which was impossible.
Because of Yates I had just ran that mile in 6.33 when I saw a woman on the ground who had fallen off her bike. She didn't look badly injured but I was going to offer help if needed. I was thinking two things: If she wants help I can stop running so fast and tell Larry that this is the reason that I didn't beat him and also a valid excuse for no PB. My other thought was PB, I need this PB. She was fine and waved me on anyway. I kept going but the previous mile pace ruined my next mile of over 7 mins. My pacing was a bit erratic today but I was feeling okay considering.

So I was halfway and I was thinking how slowly time passes when I run races (Escially parkrun!) at a fast pace yet a slow 3hr marathon training run can fly by cos I am enjoying it more. This reminded me of an article I read about Einstein's theory about "Time" being relative. It was a study on how we perceive time. Twenty minutes on a bike at the gym can seem like a long time but if you do the same cycle whilst reading a magazine that you like then the time will appear to elapse much quicker. Anyway, I think weird things when I am running sometimes but it keeps away the negative thoughts I get from time to time: "My legs ache", "I don't think I can keep this up", "I want to quit" etc..

So from mile 5 to mile 6 or 7 I am fending off the negative thoughts and pushing myself hard even though my pace isn't improving. I usually find that I am mentally weaker than I am physically during these races cos my legs felt fine. Sometimes I just manage to switch off and think of nothing. Just watching the person in front of me and the road ahead. This is probably why I never recognise a race course even if I have run it previously. Ask Mike Mattingly! We did Bramley 20 mile race together which is two 10 mile loops. Even on the second loop nothing looked familiar to me. Short term memory of a goldfish..lol

I drifted out of my running daze when I nearly stood on two mating toads. Poor things had been flattened by a car by the looks of it. Then I was thinking how it wasn't a bad way to go but it really if you think about it. I then spent that mile thinking if I would rather be run over in the road whilst mating (but not with a toad) or if I would rather die from running this 10 mile race. There weren't many pros and cons to either of them to be honest. 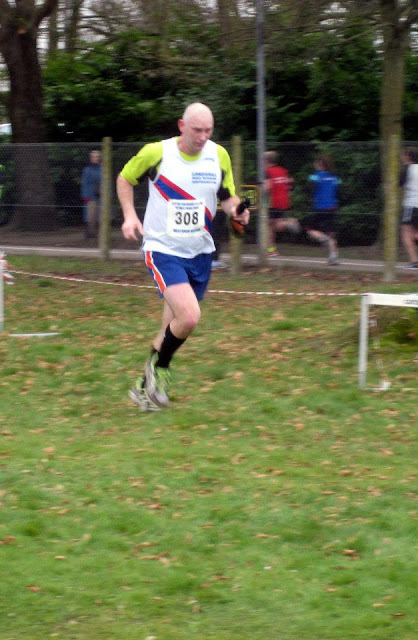 I wasn't averaging my 6.45 to 6.50 minute mile pace. One mile went over 7 minutes and a few miles were over 6.50 but I had run that stupid 6.33! I was doing ok but didn't really know if I was on for a PB still. I couldn't be bothered to work it out as I was now getting really tired mentally and pushing really hard. It was about 8.5 miles in and I was thinking about my mum as it was mother's day and I wanted this PB for her. I may not get that PB but I was proud of myself for trying so hard and I then thought about how proud of me my mum would have been. This broke me down emotionally and I could feel myself getting teary. I was crying for a few moments but it felt right and I don't think anyone could tell as the wind was also pretty strong in my face at this point.

9 miles in and I realised I was on for the PB still. I could do it even if I ran my last mile close to 8 minutes and that was never going to happen. I was getting slower on the last miles but I was sure I could maintain a 7  to 7+ mile at least. I had remembered how long that last mile seemed last year as you ran down that narrow path. The narrow path seemed very long but I knew the end was near. I could see the athletics track and I could see that bastard Larry already on there beating me! "Well done Larry, good going" Bastard I thought..lol. Everyone was cheering and Larry was waiting on the line for me. He was shouting and really encouraging me to push as hard as I could. My PB time by chip was 67.57.  45 seconds faster than the previous year. If it wasn't for Larry standing on that finishing line and shouting at me, I don't think I would have gone under 68 minutes but I did on chip time and I wanted to achieve 67 as that would have been my mum's age if she was still alive today. Maybe not alive but she's still with me all the time. Happy mother's day :)