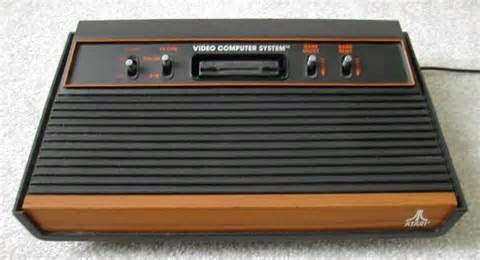 Last night I didn't watch the Brit awards, I watched a documentary on Netflix about Video games. I think it was called "Video games - The movie". It was great to be reminded of a past and affiliation that I had with video games and consloes over the years. The good memories came flooding back from my childhood. So I thought i'd write something about it. It's been pretty cool to witness all the various changes over the years up until the present day.

I have a very crap memory but I do remember us having an Atari 2600. This was our first games console. I'm not even sure where it came from but it was our family entertainment system at the time.

We had Three games in total:

Pacman (My Mum's favourite).
Pole position (My Dad's favourite) and made famous in the film D.A.R.Y.L or vice versa.
Phoenix (My favourite).

I guess this must have been the early 80's as Phoenix was released in 1982 after doing some research. The games were pretty expensive from what I remember, so we never did get any more but I did manage to play a few other games at friend's houses. Games like Pitfall and the abysimal E.T that made the Games systems crash in the end. I would spend as much time as I was allowed on these games. I was fascinated and hooked. 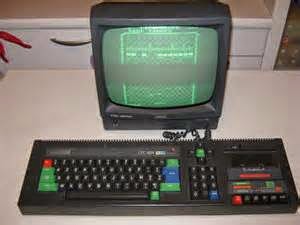 My friend Paul was the only person I know to have a home computer (A computer at home). It wasn't actually his though, it was his Dad's. His Dad used to use it for his accounts apparently. It was an Amstrad 464 complete with a green screen monitor. He had a few games like Horace goes skiing, Chiller and a Simpsons game. This was still the 80's at some point. I would sit there playing these games even when he went downstairs to eat dinner with his family. ﻿
﻿

I finally got my first ever Computer on xmas day of 1986. I remember sneaking down the stairs early on xmas day morning and dropping it down the stairs. Fortunately it still worked. It was the above Sinclair ZX Spectrum 128K+2. I have played on a friend's ZX81 and ZX48K which were earlier models. This was the height of technology in 1986 and I had the present most kids wanted at the age of 12. There was also the Commodore 64 though which was probably more popular at the time. I used to load the games and watch them crash sometimes and have to reload them but there were some great games on here. I would also buy all the magazines to see what games were coming out.
I would go into town on Saturdays with my pocket money and buy games from the budget range (£1.99 or £2,99). There were loads to choose from like the Dizzy games from codemasters. One man and his Druid, Atic atac, Odd job eddie, jet set willy, jetpac, spellbound, sabrewulf and various other platform games.
On birthdays though I could afford the pricier games such as Wonder boy which was an arcade favourite of mine at the time. I also had Sabotuer, 180, bombjack, Frank Bruno's boxing, Finders keepers, Hyper sports, paperboy IK+, commando, Green beret, cobra, Barbarian, Daley Thompson's super test and outrun. The list was endless. So many games were now availabe for me to play.
I was now playing some of my favourite games at home that I used to play in the arcades. There was no age restrictions then, you could blow anything up and shoot stuff. My arcade favourites were Super mario bros which I got to play when I used to go swimming at the central swimming baths in town. Also the travelling fair would come to Southampton common at Easter every year where I could play such games as Space harrier, 720, Crystal castles, Marble madness, Ghost and Goblins, track and field, Rolling thunder, Pacland etc... I also got to play Dragon's Lair when on a school trip to Stubbington study centre. Hours of fun could be had if you had the money to spare! Kung fu master was my favourite of all time. I was addicted to this game and spent lots of money on it. I was also quite good at it, so it was nice when people gathered round to watch me play the later stages to see how far I could get. I also remember completing "Double dragon" in the arcade at Brighton pier with another friend. God knows how much money we had spent!
﻿
﻿ 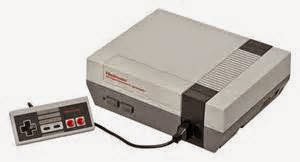 The Nes was from Nintendo. This was a great console. You had Duck hunt with the gun, Ducktales was a favourite of mine as well and so was Bomberman.  You also had all the arcade classics like 1942, Kung fu master, Donkey kong, Super Mario bros etc.. I can't remember ever buying this but we had one in our house for many years, not knowing where it came from. It stopped working in the end as you'd have to blow on the cartridges to get them to work but one day it just gave up and then... 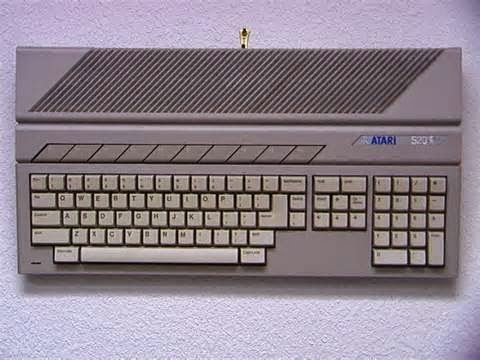 There was another war going on in the games world. It was between the Atari St and the Commodore Amiga. I wanted both but was going to choose the Atari ST in the end. I never did get either of these computers as I couldn't save my money and spent it all on E.T Stickers for my album or maybe I choose that Raleigh Burner BMX bike instead! The graphics looked amazing at the time. It was an incredible step up from what we had seen before this. ﻿ 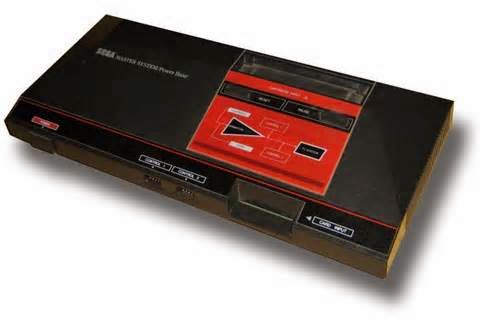 Meanwhile.... I got a Sega Master system. This wasn't brand new but I remember get pretty bored of it, pretty quickly. I really wanted this as another arcade classic was converted "R-type". Unfortunately the gameplay suffered unlike "Hang-on" which was actually ok. There was also a really bad Snail game built into this system that was kind of a secret until the magazines told you about it. That was an anti-climax! Street fighter II was quite fun though and produced a few blisters. ﻿ 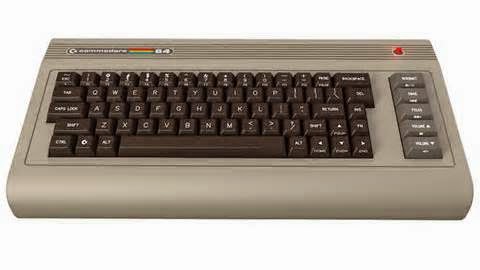 In the end I swapped my Sega Master system for a Commodore 64 with a friend. I had always wanted one. For many this swap seemed like a step back. Consoles seemed to be replacing the computers now but I still preferred the computers. This gave me a chance to play some of the older games that I loved. Outrun, California games, After burner, 720, Chase HQ, Dig Dug, Kane and the list goes on... I had carrier bags full of cassettes with games on them. I had hundreds of them to choose from. ﻿
﻿
﻿ 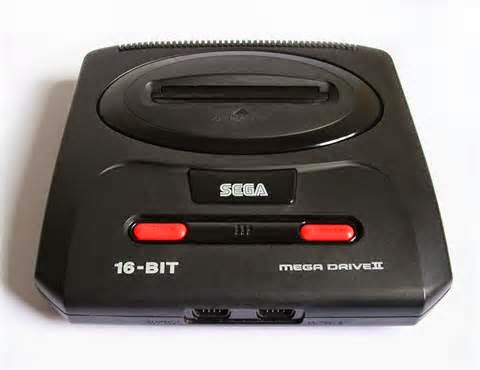 A friend of mine had a Sega Mega drive and we used to spend hours in his room playing Altered beast and Micro machines. Those two games were all we needed at the time. Hours and hours of laughing and fun. Then I got one and straight away got into Sonic the Hedgehog. We used to sit around a friend's house many years later playing Streets of rage and Golden axe for hours. Some would be drinking and some would be getting stoned but that all that seemed to happen in that house. It was a fun time with controllers being passed around after each death. Toejam and Earl and James pond were other favourites. We even had video game nights at the weekends and tournaments with the Fifa football games. ﻿ 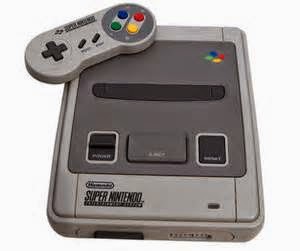 My real Nintendo obsession came about with the SNES. Couldn't wait to buy one and play the new Mario game. Cost me most of my wages that month. I think I was in my first job with the Agency working at Tomy toys for £2.45 an hour. Anyway, once I had it with that Mario game, not even food was important anymore. I would sit in my room for hours playing this game. I also loved Pilot wings, Donkey Kong Country, Fifa, Killer instinct, Lemmings, Mortal Kombat. NBA Jam was also played a lot when people came round but mostly Super Bomberman as I had 4 controllers connected for the first time in my gaming history, That was the most fun I ever got out of any game. 4 friends trying to blow each other up with bombs until you became Golden bomberman. Also multi-player action with Mario Kart. 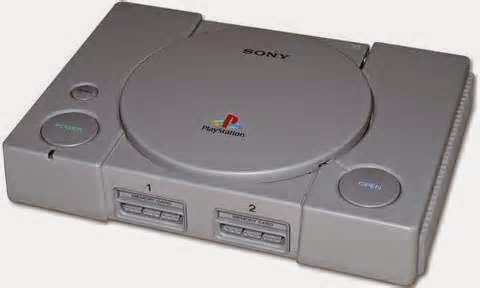 !994 saw the PlayStation arrive. It was the biggest craze in a long time. Everyone was getting them. I was still a die hard Nintendo fan though although I did play many of my friend's consoles with them. Lots of games got released overnight too whereas it seemed like I would be waiting for ages for new Nintendo releases but the Nintendo releases were usually of a higher standard whereas some of the many playstation games I thought were actually awful and unplayable.
I was pretty pleased as I had got a couple of letters published in Nintendo based games magazines which had one me free goodies. I got an N64 box (not the console) before it's release in the UK and it was filled with Snes games, a nice Pink Kirby t-shirt, posters etc... I was excited to show everyone my empty N64 box before the N64 had even entered the UK.
﻿
﻿ 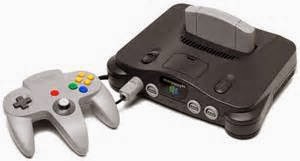 The N64 arrived in 1997. I was hyped! Again I had saved my money and went out and got one. This was another great machine. The most memorable game and most played was easily Goldeneye the James bond game. 1080 snowboarding was sessioned a lot. Banjo Kazooie was played until completed. Fifa 98, Doom 64, Starfox, Turok and many more..  Meanwhile other friend's had things like Neo-Geo's, Sega Saturns, Dreamcasts and the PS2. ﻿ 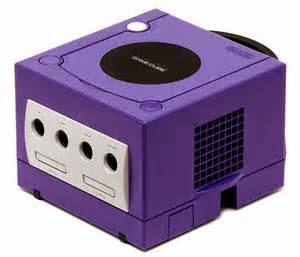 I later went on to buy a PS2, a Nintendo Gamecube, a Nintendo Wii and currently own a PS3 and a Nintendo WiiU. Still playing the WiiU and use the PS3 for watching films etc.. Enjoying Mario Kart 8 and the new Donkey Kong platformer. Video games sure have come a long way and it's been fascinating watching it all develop and I have so many great memories that I had even forgotten about until I wrote this article. This is one of the reasons I like to write, to remember the things I forget!
Posted by d3@N j0n3s at 12:11