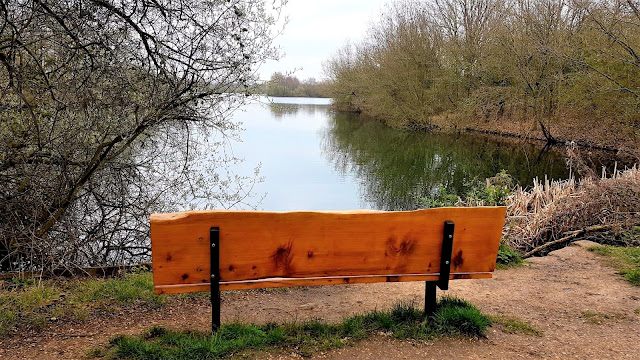 It’s been great moving back to Southampton and I am really enjoying my running again. I had really missed all these local routes. Sciatic pain has been awful though but I’m pushing through it and losing some weight in the process as well as upping my weekly mileage. Also, a great chance to do some more parkrun tourism. I am getting close to 50 different locations now and I plan to do my 50th location at the birth of parkrun, Bushy park. 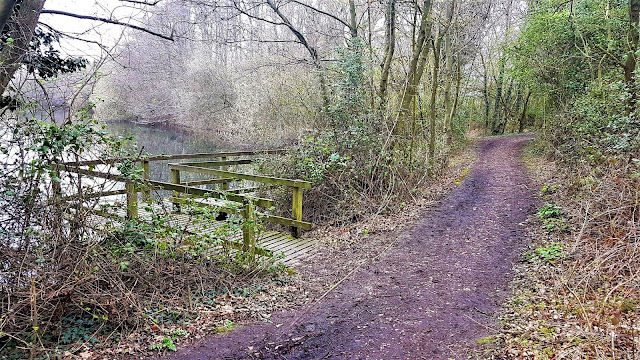 After a bit of umming and aahhing, I decided to make the pilgrimage to Dinton Pastures parkrun. It looked like a nice course around some lakes and not too far from Reading which I previously did a couple of years ago. Friday night I planned my journey. I got a bus into town at 6.15am and then the 6.53 train to Reading. I had a bit of a wait for my connecting train to a place called “Winnersh”. The wait soon passed as I amused myself by following a load of train spotters to a train that had just pulled into the station. They were taking photos and filming on video cameras. I blended in and took a few pics myself. 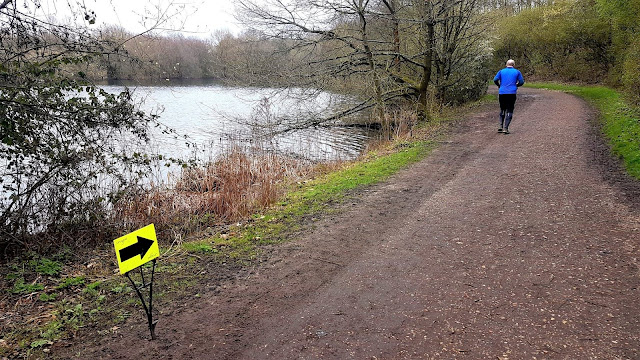 I only had two stops on the second train and left the station and used the directions via the parkrun page. I had stripped off on the train and planned to run the 2k to the start as I was a bit worried about getting there late or not being able to locate the start at all. This was of course, all part of the fun of commuting to a parkrun that you’ve never done before. I really do get a buzz from this. One day I know that even with my meticulous planning, I will be late and miss the parkrun one day. So far, so good though.
6.53 from Southampton got me to Reading at 7.42.
8.12 was the train from reading which got me into Winnersh at 8.21. This left me with 39 minutes to get to the start. 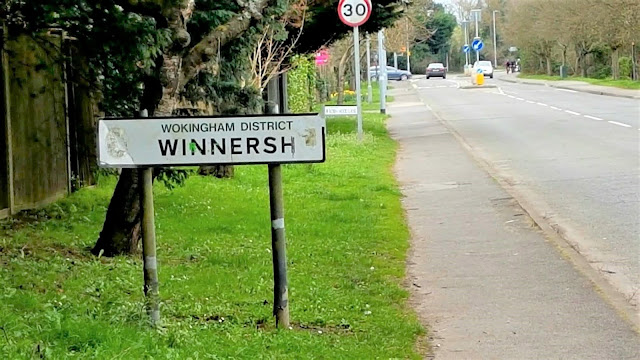 I ran left out of the station and kept on going. Lots of runners seemed to be going the other way though. Finally I stopped one of them asked if I was going the right way. I was! Over a bridge and there was a brown sign for Dinton pastures Country park. Now I just had to locate the start. I passed a play park and there was the start and finish parkrun signs with a few marshals gathering. I was really early after all my worry. It was only 8.35. I dropped my heavy rucksack off and did more warming up around the lakes on the lovely trails. 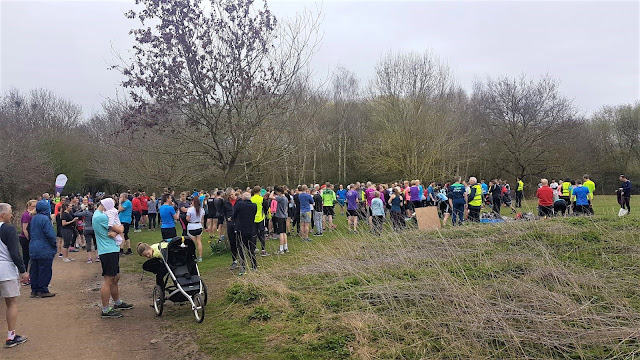 I jogged back to where I thought the start was and some guy asked me where the start was. I wasn’t too sure but then made a decision on my calculations from where I had come from. We walked and talked and I found out that Henley was his local parkrun. A nice but narrow woodland trail course as he described it. 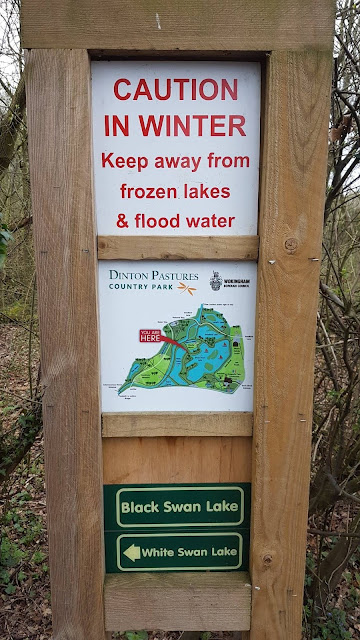 I even went to the “First timers briefing”. A lovely guy explained the course in detail but it seemed to complex for my little brain to absorb. But then he said that even he gets confused where he is on the course. He then stated that you will never know where you are on the course. Hard to get your bearings. Not a problem for me as I’m not quite that fast to be leading. I’ll just follow everyone else I thought. 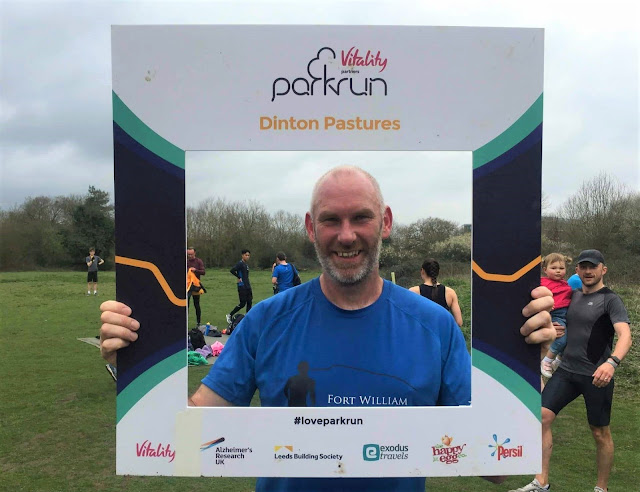 We all walked 200 metres to the start on a compacted gravel track. At the start of the “White Swan lake” sign. We were going to loop round this and somehow end up running around “Black swan lake”. We were also told it was “two loops but it’s not really two loops, you just repeat a bit of White swan lake but it won’t feel like a loop as you won’t know where you are or even recognise it”.
I was right near the front line, it seemed that many people were to scared to start at the front. I was hoping for sub 7’s each mile. I knew I wasn’t in great shape and the legs felt heavy on the warm up. I didn’t realise how heavy though! 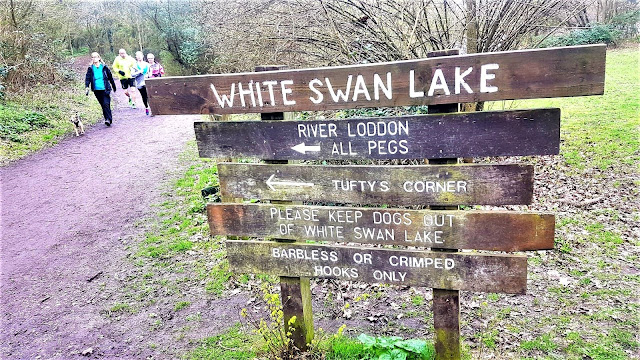 We were off after the 3-2-1 count down. A stunning course with two lakes that I mentioned and some woodland trails. I did my first mile in 6.55 but knew that I was in trouble and really struggling. Just after this I was passed by a man pushing a buggy. My foot slipped in a few places even though it was compacted gravel there were a couple of small puddles and a thin layer of mud on some uneven parts. No excuses though, it’s a flat, fast course. I wish I could enjoy the scenery more but I was in a bit of pain, breathing heavily and looking at my watch and grateful for each kilometer marker that I reached. 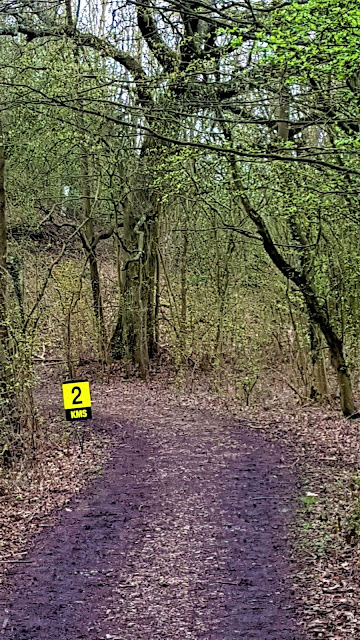 Second mile in 7.09 and it was getting tougher. No-one was passing me though. I couldn’t see anyone to catch in front but could hear someone being congratulated by the marshals from behind. Ok, you’re not going to do a great time so just keep pushing and try and keep a good position. I was easily in the top 20 at this point. Althought, there were only about 250 runners anyway. I saw the photographer and a few more cheery marshals. They really were brilliant and the course was very well signed. You would not get lost. I hit mile three in 7.10 and at one point I was running at a 7.30 pace. I couldn’t believe how much I had slowed each mile. I was now back at “Tufty’s corner” and heading for the finish tape and onto the grass. 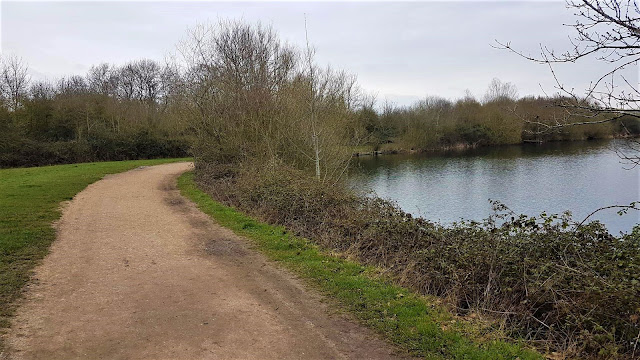 16th place with a time of 21.23. I kind of wanted around 21.30 but didn’t realise how hard it would be today. I have decided that I have upped my mileage/training too much and with a very physical job I am covering over 100 miles a week on my feet at the mo.
A lovely parkrun though and I would definitely place it in my top 10 of the 47 locations that I have now done. I spoke to a few people and got my photo taken. Woodley parkrun was reccomended to me as a fast course. Someone mentioned Watford being good and Henley got mentioned again as well as the very tough Woolacombe bay one. 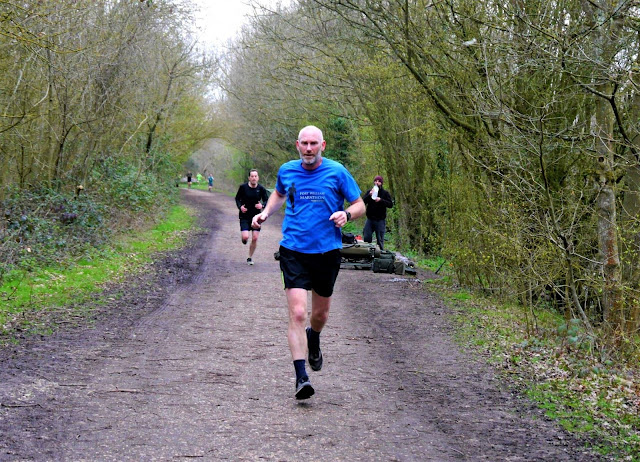 I walked back onto the course and cheered others in while I took a few pics of the course. I spoke to the photographer and thanked him. I did a loop of one of the lakes and watched the Great crested grebes performing thier courtship moves. I also spotted tufted duck and a red breasted merganser. 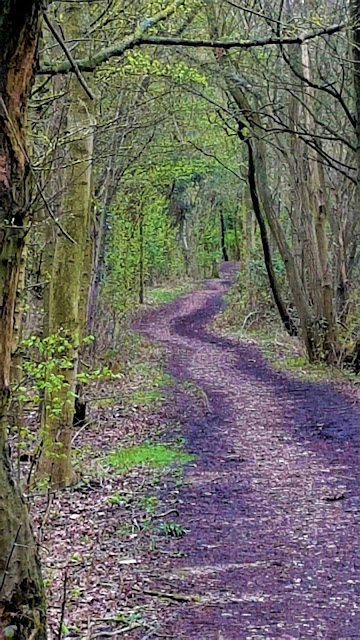 On my way back I tagged along with volunteer Lynn and we had a good chat about parkruns and this lovely place. She told me to bring you all back next time and then she was accused of “picking up strangers” by a fellow marshal. Such a lovely bunch of people and a wonderful location. Sadly the cafe was rammed with a big queue when I got there so I went to Sainsburys in Winnersh and got some food for the train home. It was a great adventure. Loved it. Until the next time.x 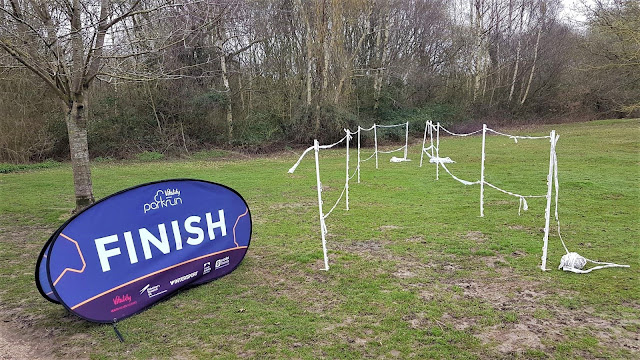